How Scholars Traced the Link 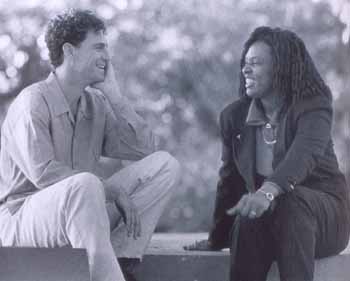 Two scholars did the research that made Priscilla’s Homecoming possible.

The first is Edward Ball, a writer and the direct descendant of Elias Ball, the South Carolina rice planter who purchased Priscilla in 1756. Ball discovered that his ancestors kept meticulous records of their rice plantations and their slaves, and using those records he set out to write a history of the slaves his family owned. His groundbreaking book Slaves in the Familywon the prestigious National Book Award in 1998.

Edward Ball found enough information to create a detailed family tree for Priscilla, linking her step-by-step through seven generations to her modern descendants in South Carolina. In the early 1990s Ball called at the home of Thomas P. Martin in Charleston, Thomalind’s late father. Unfolding the family tree on the living room table, he pointed to Priscilla’s name on one side of the page and the Martins’ on the other.

Ball recounts the family’s reaction in his book:

“Thinking about Priscilla, the Martin family began to smile at one another in a bewildered way. Suddenly there was a wave of laughter around the room, and everyone was talking at once.”

Recently, Joseph Opala, an anthropologist at James Madison University in Virginia, made another discovery that helps link Thomalind to her distant ancestor from Africa. While doing research on Bunce Island, the British slave castle in Sierra Leone that sent thousands of captives to South Carolina and Georgia in the 18th century, Opala discovered that the records of the Hare, the ship that took Priscilla to America, still exist. 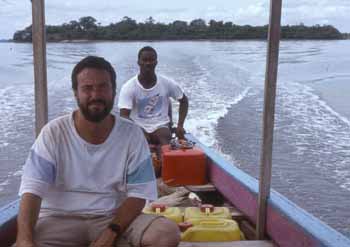 In the New York Historical Society library Opala found the dispatches Captain Godfrey sent to the ship’s owners during the voyage. A letter from Sierra Leone dated April 8, 1756 said the Hare would “sail for Carolina tomorrow.” Another from South Carolina dated June 24th said it had arrived in Charleston the week before. Among the ship’s records Opala found Henry Laurens’ original accounts of the slave auction. They record that Elias Ball purchased 3 boys and 2 girls. One of the girls was obviously Priscilla.

The Hare’s records show that the slaves were in poor condition when they arrived in America and that the children aboard — the little girls in particular — suffered a high death rate. This highlights Priscilla’s determination to survive despite the terrible conditions on the voyage and the fact that she was almost certainly alone, separated from her family.

Edward Ball’s discovery that his ancestor purchased Priscilla and his research linking her through seven generations to her modern descendants is remarkable. But Joseph Opala’s discovery of theHare’s original records is no less so. Just one of these discoveries would have been surprising, but taken together these detailed findings regarding just one slave are astonishing. They allow Thomalind Martin Polite to trace her roots back to Africa to a degree millions of other black Americans can only dream of.