Enslaved child marched with adults to the African coast 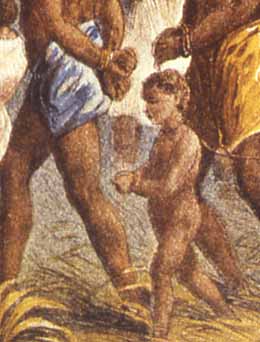 Priscilla was purchased by Caleb Godfrey, the Hare’scaptain, sometime in early 1756. Captain Godfrey spent several months cruising the West African coast in search of slaves. He made the Sierra Leone River — the enormous harbor that surrounds Sierra Leone’s modern capital city of Freetown — his base of operations, but he purchased captives as far north as the Rio Pongo region in what is now the Republic of Guinea.

Captain Godfrey set sail from Sierra Leone on April 9, 1756 and headed directly to Charleston. South Carolina’s staple crop at that period was rice, and Carolina planters paid high prices for slaves brought from what they called the “Rice Coast” of West Africa, the traditional rice-growing region stretching from what is now Senegal and Gambia in the north to Sierra Leone and Liberia in the south. African farmers in that region had been growing rice for hundreds of years and were experts at its cultivation.

Godfrey left Sierra Leone with 84 slaves aboard, but 16 died on the 10-week voyage or soon after the ship arrived in Charleston. In South Carolina, a prominent slave dealer named Henry Laurens handled the sale of African captives from the Hare, placing an advertisement in the Gazette to attract the attention of local rice planters:

Just imported in the Hare, Capt. Caleb Godfrey, directly from Sierra-Leon, a Cargo of Likely and Healthy SLAVES, To be sold upon easy Terms on Tuesday the 29th InstantJune, by AUSTIN AND LAURENS 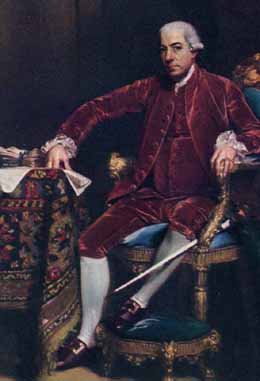 A wealthy planter named Elias Ball purchased Priscilla and four other children for his Comingtee Plantation near Charleston, giving each child an English name. According to Ball family records, Priscilla would later marry a man named “Jeffrey” and bear ten children. She would die in 1811 at about 65 years of age.

We do not know exactly where Priscilla came from in Africa or what tribe she belonged to or what her name was before she was forced into bondage. We cannot even be sure which country she hailed from — Sierra Leone or Guinea — though the Hare probably purchased most of its captives in what is now the Republic of Sierra Leone.

But we can be sure of one thing: Whether Priscilla was a Temne or Mende girl from Sierra Leone or a Baga or Susu from Guinea, she would have yearned for her home in Africa every day and never have stopped dreaming of returning to it. Thus, it is fitting to call Thomalind’s journey “Priscilla’s Homecoming” and to say that she is traveling to Sierra Leone to represent her ancestor kidnapped 249 years ago.