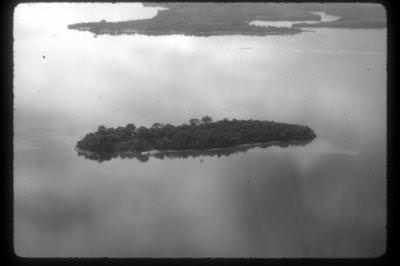 Bunce Island was the largest British slave castle on the Rice Coast of West Africa. Founded around 1670, it exported tens of thousands of African captives to North America and the West Indies until the British Parliament finally closed it down in 1808. During its long and tragic history, Bunce Island was operated by four London-based companies: the Gambia Adventurers; the Royal African Company of England (which had official recognition from the British Crown); and the private firms of Grant, Oswald & Company and John & Alexander Anderson.

During the 1750s Richard Oswald, Bunce Island’s principal owner, forged a strong business and personal relationship with Henry Laurens, one of the richest rice planters and slave dealers in the Colony of South Carolina. Rice planters in coastal South Carolina and Georgia were willing to pay high prices for people brought from the Rice Coast of West Africa where farmers had been growing rice for hundreds of years and were experts at its cultivation. African rice-growing know-how was essential to the prosperity of the American rice industry. Henry Laurens acted as Bunce Island’s business agent in Charleston, receiving the castle’s human cargoes from Sierra Leone and advertising and selling the African captives at auction. Laurens took a 10% commission on each sale, returning the profits to Oswald in London, often in the form of rice paid by South Carolina planters.

Bunce Island’s history illustrates the complex economic relationship between the West African Rice Coast and Great Britain’s Southern Colonies. Its records show that Henry Laurens sent his own ships directly to Bunce Island to obtain slaves for his newly opened rice plantations in coastal Georgia, paying for them with ship-building supplies made from Carolina pine. The Bunce Island’s records also show that Henry Laurens helped his British business partner, Richard Oswald, open up new plantations near St. Augustine, and that Oswald dispatched a number of his skilled African workers directly from Bunce Island to build his plantations in Florida.

Bunce Island also illustrates the slave trade’s political impact in North America. During the American Revolutionary War the French, jealous of Bunce Island’s commercial success, took the opportunity of their alliance with the American colonists to attack and destroy the castle in 1779. Thus, a battle of the American Revolution was actually fought on Bunce Island. But even more important, Henry Laurens, who had grown rich from the trade in African slave labor, became President of the Continental Congress and later US envoy to Holland. Captured by the British and imprisoned in the Tower of London, he was bailed out of jail by his friend Richard Oswald. Later, Laurens and Oswald sat across the table from one another at the Paris negotiations that led to American independence. Thus, US independence was negotiated, in part, between Bunce Island’s British owner and his long-time agent for the sale of Rice Coast Africans in South Carolina. 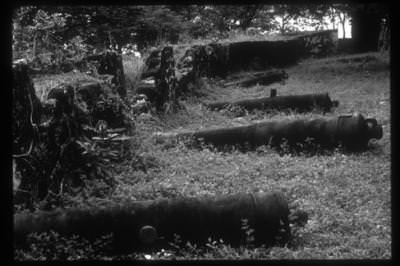 Bunce Island also illustrates the enduring family ties between the Gullah people – African Americans living today in coastal South Carolina and Georgia – and their Rice Coast cousins. In recent years Gullah people have made two well-publicized pilgrimages to Bunce Island. In 1989, Emory Campbell, Director of Penn Center on St. Helena Island, South Carolina, led a group of Gullahs to Bunce Island in a tearful journey memorably recorded in the PBS documentary “Family Across the Sea.” In 1997, Mary Moran and her family from Harris Neck, Georgia visited Bunce Island on their trip to Sierra Leone to meet the Mende people who share an ancient African song they have retained in their family for generations here in America. Mrs. Moran’s visit is recorded in the documentary, “The Language You Cry In.”

Another Gullah family with a direct link to Sierra Leone will make its own historic homecoming in 2005. The Martin Family of Charleston, South Carolina are the 7th generation descendants of a 10-year old girl, named “Priscilla,” brought on the slave ship “Hare” from Sierra Leone to Charleston in 1756. Edward Ball discovered this family link while doing research for his award-winning book Slaves in the Family (1998). A descendant of South Carolina planters, Ball chronicled the history of his own family’s slaves. He discovered that one of his ancestors purchased Priscilla, and through family records he was able to link the little girl to her modern descendants. The Sierra Leone Government recently invited the Martin Family to visit their country and make a pilgrimage to Bunce Island.

Bunce Island is so strongly linked to North America, though, that its connections go well beyond South Carolina, Georgia, and Florida. Recent historical research has shown that slave ships based in Rhode Island, Connecticut, and Massachusetts stopped at Bunce Island regularly in the 1750s and 1760s. New England slave merchants sailed the human cargoes they purchased at Bunce Island to Charleston and to various ports in the West Indies. Anne Farrow, a reporter at the Hartford Courant newspaper recently discovered the log of a slave ship that was based in New London, Connecticut in the 1750s. Farrow is now retracing the ship’s route from New England, to Sierra Leone, to St. Kitts in the West Indies.

Today, Bunce Island is a national historic site under the protection of Sierra Leone’s Ministry of Tourism and Monuments and Relics Commission. There are substantial ruins on the island, including the factory house, fortification, slave prison, watchtowers, dormitories, storerooms, and power magazine. In 1989, a US Park Service team visited Bunce Island and issued a management plan for its preservation. In 1992, Herb Cables, Deputy Director of the Park Service, visited the site and held discussions with the Sierra Leone Government. Sierra Leone’s civil war interrupted cooperation with NPS, but with the war’s end, preservation efforts have been renewed.

The US Park Service survey team suggested that Bunce Island’s ruins be stabilized with unobtrusive engineering supports, and that each building be interpreted with an all-weather display containing text, drawings and facsimile documents. The NPS team also suggested that a museum on Bunce Island’s history be constructed in Freetown, Sierra Leone’s capital city, which tourists can visit before leaving by boat for the island. But Bunce Island is already a tourist destination in Sierra Leone. Trained Ministry of Tourism guides tour visitors through the ruins, emphasizing the site’s historic links to the Gullah people in the United States.

Bunce Island can also be linked to a cultural preservation program in the Gullah region currently being planned by the US National Park Service. Books and pamphlets on Bunce Island can be made available at heritage sites in South Carolina and Georgia, and materials on Gullah history and culture can be sold at the Bunce Island museum in Sierra Leone. The Gullah people are remarkable for being the African American community that has preserved more of its African cultural heritage than any other, so it is appropriate that a link to an African heritage site (or sites) be made a part of any cultural preservation program in their region.

Some visitors to Charles Pinckney NHS and other Gullah heritage sites who learn about Bunce Island will undoubtedly want to visit Sierra Leone to observe the Gullahs’ roots on the Rice Coast first-hand. When Bunce Island is preserved and news stories appear in the US media, we can expect a steady stream of visitors. Many African Americans are already touring the slave castles at Goree (Senegal) and Elmina (Ghana). But those sites, though historically important for other reasons, do not have Bunce Island’s many direct links to the United States.

The NPS team that investigated Bunce Island in 1989 remarked that they had never seen a site so important for American history in such urgent need of preservation. Colin Powell visited Bunce Island three years later, and deeply moved by the experience, recorded his reactions in My American Journey, his 1995 autobiography. “I felt something stirring in me,” Powell said. “I am an American…but today, I am something more. I am an African too. I feel my roots here in this continent” (p. 534).