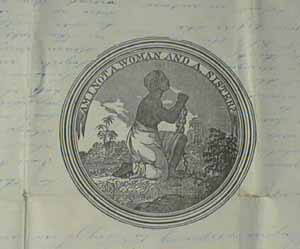 The third annual Gilder Lehrman Center International Conference, on the topic, “Sisterhood and Slavery: Transatlantic Antislavery and Women’s Rights,” will be held at Yale University from Thursday, October 25 until Sunday, October 28, 2001.

Despite the work of a few historians with a transatlantic perspective, the subjects of American abolitionism and feminism have almost always been treated in isolation, in terms of “American exceptionalism.” The goal of this conference is to re-frame our understanding of these movements and recover a better sense of their international connections.

By its very nature, abolitionism singled out a specific form of exploitation and inequality as the most intolerable of all social evils. Yet the concept of “slavery” has always been subject to a wide range of metaphorical, moral, and theological uses. Gerda Lerner has persuasively argued that the ancient enslavement of prisoners of war was modeled on the patriarchal subjugation of women. In the early nineteenth century, women who participated in the antislavery crusade began to realize that they too had always been subject to a kind of bondage. The goal of our conference is to bring the complex transatlantic convergences around these issues into sharper focus as a way of enriching our understanding of significant aspects of the early modernizing world.