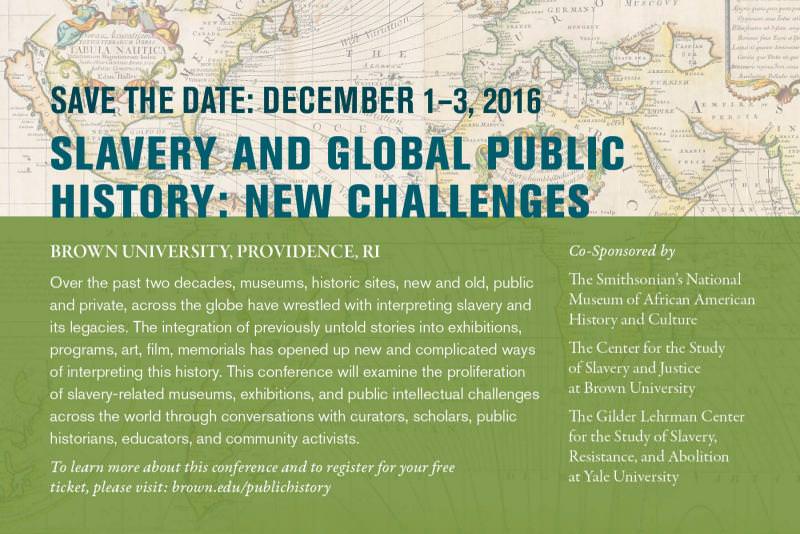 The Gilder Lehrman Center for the Study of Slavery, Resistance, and Abolition at Yale University 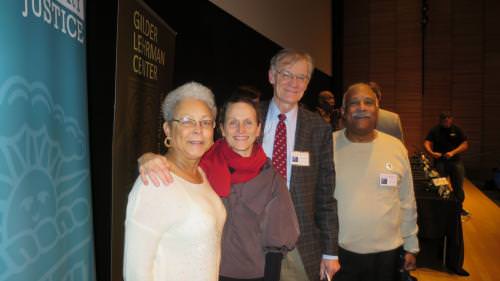 In 2006 Brown University and the Gilder Lehrman Center at Yale University hosted an international symposium on slavery and public history.  Since that conference the field has grown exponentially.  Within this context the Smithsonian National Museum of African American History and Culture, Gilder Lehrman Center for the Study of Slavery, Resistance and Abolition, and the Center for the Study of Slavery and Justice reconvene to address this question anew. We do so in a global environment of an intensive quest for understanding the history and memory of slavery and its continuing afterlives. Over the past two decades, museums, historic sites, new and old, public and private, across the globe have wrestled with interpreting slavery and its legacies.  The integration of previously untold stories into exhibitions, programs, art, film, memorials has opened up new and complicated ways of interpreting this history. The work of popular memory has forced redefinitions of race, nation, citizenship, community, and belonging. 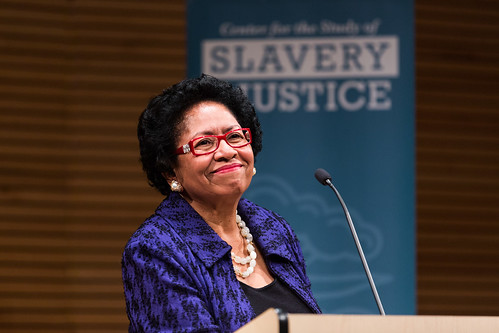 More photos from the conference

This conference examined the proliferation of slavery-related museums, exhibitions, and public intellectual challenges across the world.  Speakers included major scholars, curators, university and public officials, as well as public historians who work at the local grassroots grappling with problems of representation, memory and meaning. The legacies of slavery remains one of the world’s most vexing challenges. How do we confront the past -as nations, cultures, and individuals? When that past is deeply implicated within the structures of the present what kind of work does history and memory do?  The conference paid special attention to these questions as critical to the understanding slavery and its global public history.