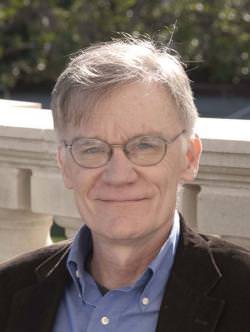 David W. Blight is Sterling Professor of History and Director of the Gilder Lehrman Center for the Study of Slavery, Resistance, and Abolition at the MacMillan Center at Yale University. In October of 2018, Simon and Schuster published his new biography of Frederick Douglass, entitled, Frederick Douglass: Prophet of Freedom. The book received the 2019 Pulitzer Prize in History, the 2019 Bancroft Prize for History, and the 2019 Gilder Lehrman Lincoln Prize, among other awards. Blight is the author and editor of many books, including Frederick Douglass’s Civil War: Keeping Faith in Jubilee (1989); Race and Reunion: The Civil War in American Memory (2001), which garnered eight book awards, including the Bancroft Prize, the Merle Curti Award, the Abraham Lincoln Prize and the Frederick Douglass Prize; and A Slave No More: Two Men Who Escaped to Freedom, Including Their Narratives of Emancipation (2008). He writes frequently for the popular press, including the Atlantic, the New York Times, and many other journals. Blight was elected to the American Academy of Arts and Sciences in 2012. His lecture course on the Civil War and Reconstruction Era at Yale is on the internet at opencourses@yale.edu. Blight has always been a teacher first. At the beginning of his career he spent seven years as a high school history teacher in his hometown of Flint, Michigan. He was an undergraduate at Michigan State University and did his Ph. D. at the University of Wisconsin-Madison. He previously taught at North Central College in Illinois, at Harvard University, and at Amherst College. Blight maintains a website, including information about public lectures and books, at davidwblight.com. 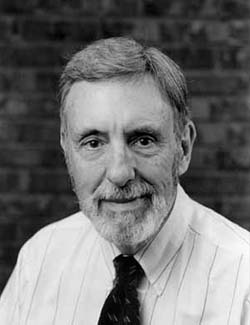 David Brion Davis (February 16, 1927 – April 14, 2019) was the Sterling Professor of History at Yale University and the founding director of the Gilder Lehrman Center. Davis is the author of The Problem of Slavery in Western Culture, The Problem of Slavery in the Age of Revolution, and The Problem of Slavery in the Age of Emancipation. In 2014, President Barack Obama awarded him the National Humanities Medal, for “reshaping our understanding of history.” His 2006 book, Inhuman Bondage: The Rise and Fall of Slavery in the New World, received the Ralph Waldo Emerson Prize from the Phi Beta Kappa Society. His other awards include the Pulitzer Prize, the Bancroft Prize, the American Historical Associations’ Albert J. Beveridge Award, the National Book Award, and the 2004 Bruce Catton Prize of the Society of American Historians for lifetime achievement. Davis was also the recipient of the 2004 Kidger Award from the New England History Teachers Association given to honor his devotion to teaching. Davis received his Ph.D. from Harvard in 1956. He served as President of the Organization of American Historians for the 1988-1989 term. 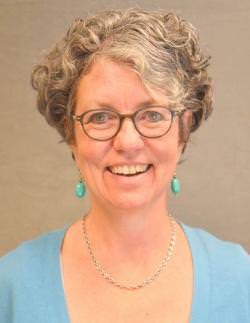 Michelle Zacks holds a B.A. in Literature from the University of North Carolina-Asheville, an M.A. in Latin American Studies (concentration in Tropical Conservation and Development) from the University of Florida, and a Ph.D. in American Studies from the University of Hawai’i-Mānoa. Raised in the New Haven area, Michelle has conducted interdisciplinary field work and historical research on coastal communities in Georgia, Florida, Haiti, and Antigua. Most recently, she worked as a folklorist and public historian on Maryland’s Eastern Shore of the Chesapeake Bay, where she focused on African American history and culture. Her research interests lie in marine environmental history and the ways in which place-based notions of belonging conflict with the racial and class hierarchies associated with nation-state definitions of citizenship.  Her book manuscript, in progress, is titled “The People’s Fish: Florida Mullet and the Marine Commonwealth.” She is also at work on a research project that examines African American labor in the antebellum oyster industry as a mechanism for constructing cultural landscapes devoted to expanded spaces of freedom. 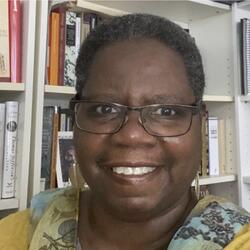 Lisa A. Monroe is project manager at the Gilder Lehrman Center for the Study of Slavery, Resistance, and Abolition (GLC) at the MacMillan Center at Yale University, where she coordinates “Legacies of American Slavery: Reckoning With the Past,” a collaborative program with the Council on Independent Colleges. She holds a B.A. in English Literature from Towson University and a Master of Liberal Arts degree from Johns Hopkins University. Lisa taught college-level writing for more than a decade in Baltimore and New Haven. For several years, she co-led BookTalk, a popular citywide reading group at the main branch of the Enoch Pratt Library in Baltimore, her hometown. In New Haven, she extended her public humanities work, co-founding Social Justice C.A.L.L., a community reading group focused on collective Black history education. The group’s local activism focused on promoting literacy and direct engagement in projects, such as the Colored Convention Movement’s transcription of Frederick Douglass’ archived papers, and donating Black history books to New Haven youth. Currently, Lisa is a doctoral student in the History of Education Program at Teachers College, Columbia University, where she examines the intersection between U.S. public school curricula, the construction of American citizenship, ideas of national identity, and the American narrative. Her recent research examines the Black women’s club movement in Connecticut. 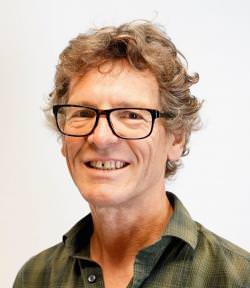 Thomas Thurston holds a B.A. in American Studies from the University of California at Santa Cruz and an MPhl in American Studies from Yale University. Prior to coming to the Gilder Lehrman Center he served as the Project Director of the New Deal Network, an educational website developed by the Franklin and Eleanor Roosevelt Institute and the Institute for Learning Technologies at Teachers College, Columbia University. For his work developing the New Deal Network he received the first annual award for “Best Multimedia Resource” from the American Association for History and Computing and a “Best of the Humanities on the Web” citation from the National Endowment for the Humanities.

Tom has led week-long NEH workshops for K-12 teachers, has acted as a consulting historian for several Teaching American History programs, and has served as a curriculum developer for WNET’s Educational Technologies Department, including the documentary series “The Rise and Fall of Jim Crow” and “Slavery and the Making of America.”