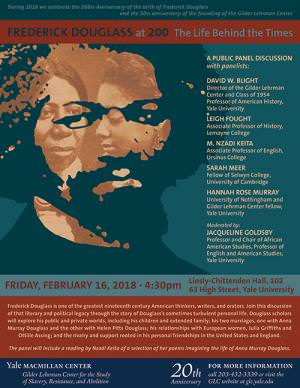 The panel will include a reading by Nzadi Keita of a selection of her poems imagining the life of Anna Murray Douglass.

·Leigh Fought, Associate Professor of History at Lemoyne College and author of Women in the World of Frederick Douglass (2017)

·Hannah Rose Murray, PhD in American and Canadian Studies, University of Nottingham: “ ‘It is Time for the Slaves to Speak:’ Transatlantic Abolitionism and African American Activism in Britain 1835-1895”; Gilder Lehrman Center visiting fellow 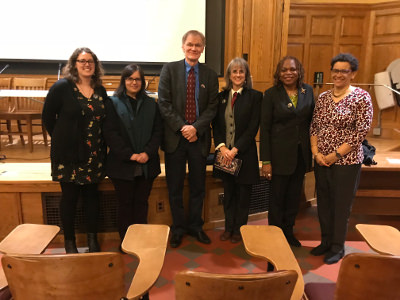