“Slaveholder Power and the Democratic Imagination: Freedom and Bondage in Jeffersonian America”

Since its inception, American democracy has been shaped by American slavery. In the early United States, the two institutions were linked by Thomas Jefferson’s Democratic-Republican party, which dominated American politics from 1800 to 1824. Binding Northerners opposed to deference and hierarchy with the leading slaveholders of the American South, the Jeffersonians helped reconcile democratic commitments, often forged in cosmopolitan contexts, with the expansion of chattel slavery. This talk examines the contradictions of Jeffersonian political culture and its legacies for American democracy. 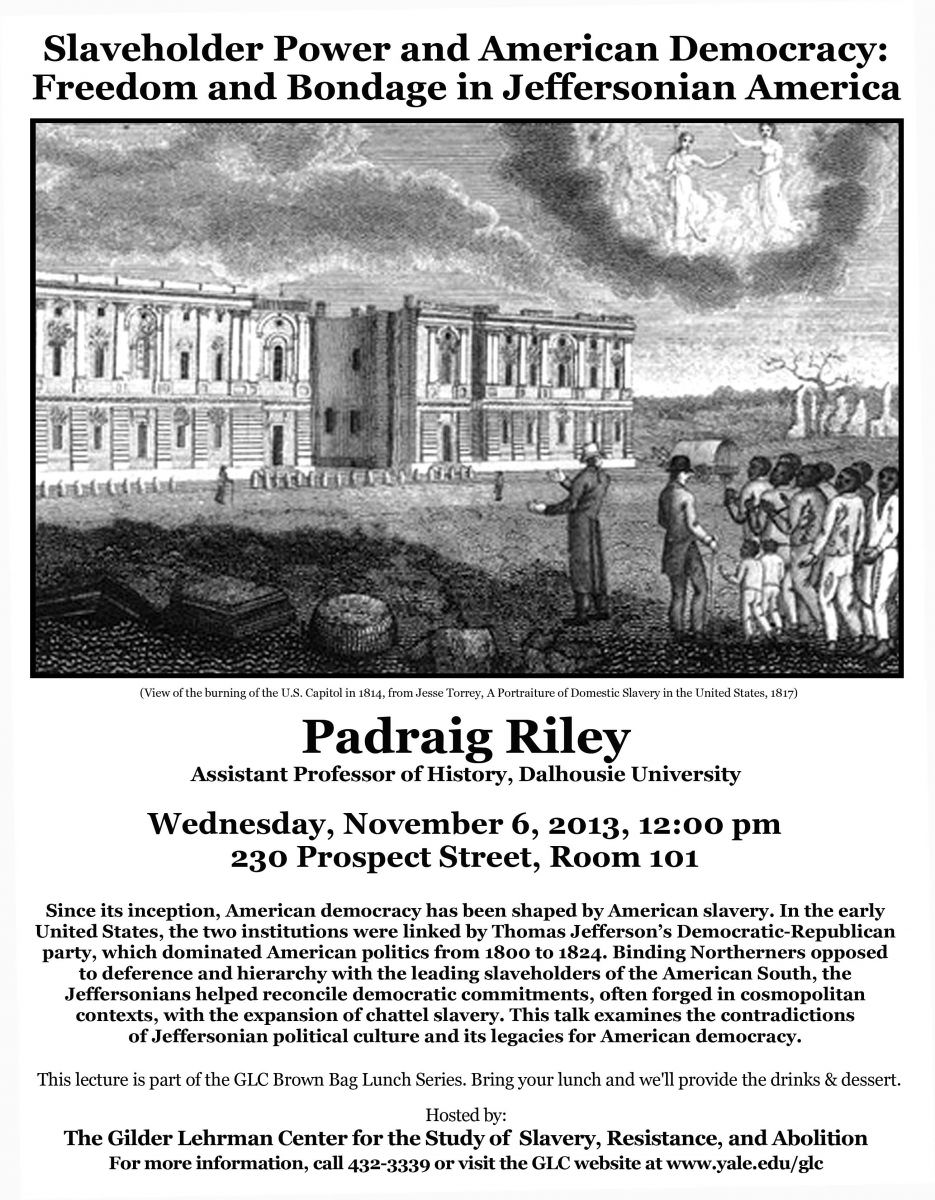