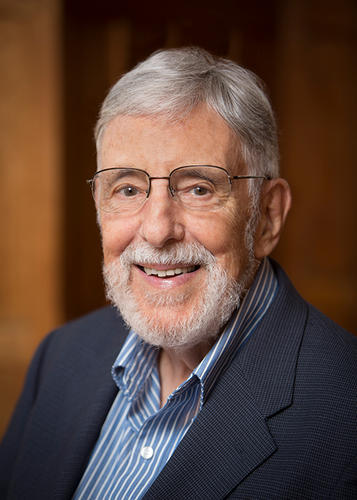 In honor of founding director David Brion Davis (February 16, 1927 – April 14, 2019), the Gilder Lehrman Center announces the establishment of a new endowed fund for the promotion and support of research, teaching, and public outreach about slavery, resistance and abolition. It is called the David Brion Davis Memorial Endowed Resource Fund. The fund has been launched due to a few generous contributors, especially John Pepper, Yale ’60, a long-time friend of Professor Davis and the Gilder Lehrman Center.

David loved to quote Reinhold Niebuhr on the capacity of humans for “self-transcendence,” which simply means, as Professor Davis wrote, that “man’s rational capacity involves a further ability to stand outside himself… to imagine what it would be like to be someone else.” We are “self-transcendent even in our finiteness,” Davis said. Such impulses gave him the courage and career-long ambition to understand how slavery and the long abolition movement “evoked a revolution in moral perception” in the world. We are still dedicated to such a scholarly and public educational goal here at Yale and far beyond its boundaries.  David founded the Gilder Lehrman Center to continue this pursuit of changing some corners of the world by studying slavery, its abolition, and their legacies across all borders and all time. It is now our mission and passion to sustain his work.

To join this effort please consider contributing to the Memorial Fund by sending a check payable to Yale University to the address below with David Brion Davis Memorial Endowed Resource Fund in the memo line.

Or go to For Humanity: The Yale Campaign

Select “Strategic Initiatives” and scroll down to click on “Other” and then select “Continue.” Type in David Brion Davis Memorial Endowed Resource Fund when asked to specify area of support.

David W. Blight
Sterling Professor of History,
Director of the Gilder Lehrman Center for the Study of Slavery, Resistance, and
Abolition at the MacMillan Center at Yale University