The Story of Juneteenth 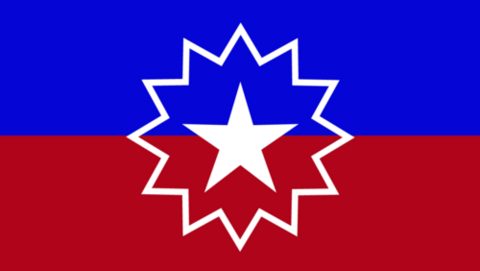 Juneteenth, now a national holiday, celebrates June 19, 1865, the day that federal troops, newly arrived to Galveston, Texas, issued General Order Number 3, which announced that “all slaves are free.” The order went on to state that “This involves an absolute equality of personal rights and rights of property between former masters and slaves.”

As with so many of the days we set aside to commemorate definitional moments in the struggle for human rights, General Order 3 promised much more than it delivered, for we have yet to achieve that “absolute equality of personal rights and rights of property.” Our contemporary struggle to eradicate those legacies of slavery— the unpaid promissory note that Dr. Martin Luther King spoke of — is part of an ongoing international human rights movement that saw its beginnings in the nineteenth century struggle against slavery and the transatlantic slave trade. Juneteenth reminds us of the relevance of the past to the struggles of the present.

Many of the councils and centers at Yale’s Whitney and Betty MacMillan Center for International and Area Studies are deeply engaged in the global struggle for human rights, equity, and justice. The celebration of Juneteenth resonates directly with the Gilder Lehrman Center for the Study of Slavery, Resistance, and Abolition, which engages with the study of global slavery and its undoing, past and present. As just one example, GLC educational institutes over the past decade have created an international cadre of teachers and learners. A US/Canadian institute covered the underground railroad in Canada, and a three-year teachers institute held in the US, UK, and Ghana studied the transatlantic slave trade from the different perspectives of those three countries. US, Sierra Leonean, and South African teachers studied Sierra Leone’s civil war, Apartheid and the anti-Apartheid movement in Johannesburg, and reunited in New Haven to learn about the African American struggle for freedom and equality. These programs provide us with the inspiration that just as slavery and its long afterlives are international problems, so is the eternal human quest for liberation and justice.

The story of Juneteenth — the belated recognition of Black freedom and the broken promise of “absolute equality” — is symbolic of America’s unfinished work for equal rights and the global effort to meet the ideals set forth in the International Declaration of Human Rights. Let us remember and celebrate our long freedom struggle while recommitting ourselves to the work that remains to be done.