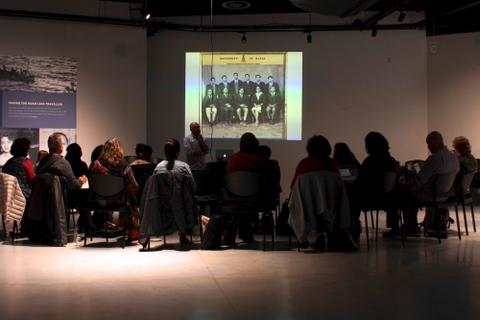 In July, thanks to generous funding from the Robina Foundation, the Gilder Lehrman Center for the Study of Slavery, Resistance, and Abolition (GLC) conducted the first of four trans-Atlantic teacher-to teacher professional development workshops. The purpose of these workshops is to build understanding and cooperation between teachers of history and to develop classroom-to-classroom collaborations between those teachers and their students.

On July 8th, ten Connecticut history teachers, along with GLC staff members Thomas Thurston (Director of Education) and Daniel Vieira (Media Project Manager), arrived at the Oliver Tambo International Airport in Johannesburg, South Africa, to begin an eleven-day workshop on the history of Apartheid and its aftermath. Hosted by the Apartheid Museum, the workshop was led by Professor Dan Magaziner, an historian of southern Africa at Yale University. Joining our group were seven history teachers from Johannesburg.

In addition to lectures and conversations lead by Professor Magaziner, the group heard from some amazing speakers, including the inspirational Seth Mazibuko, who as a teenager helped to organize the 1976 Soweto Uprising, eventually serving seven years at Robben Island for his involvement. The group also visited the Voortrekker Monument and Freedom Park near Pretoria, the Mandela House and Hector Pierterson Memorial and Museum in Soweto, and Constitutional Court, located in downtown Johannesburg. With Joburg colleagues the group attended a moving performance of Athol Fugard’s Nongogo at the historic Market Theatre in Johannesburg’s Newtown neighborhood, and heard a South African avant-garde jazz band at The Orbit, Johannesburg’s premier jazz club.

It was a memorable experience for everyone involved. But as teachers will do, most of their time was spent in talking about teaching with their South African colleagues—sharing stories, discussing classrooms and the challenges they face teaching their students about the troubled histories of their countries, and strategizing about how to connect with and build collaborative learning opportunities with their respective students.

The South African teachers returned to their classrooms during the final days of the workshop, which gave the Americans an opportunity to visit a number of schools in all parts of the city, meet with students, and answer questions about life in the United States. 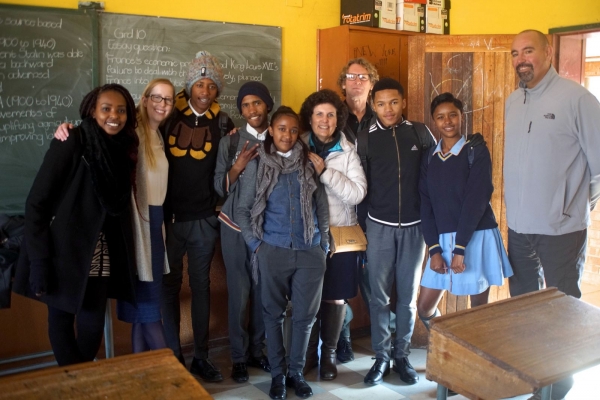 Having returned home, the real work begins. The U.S. teachers will be planning collaborative activities with their Joburg counterparts, initiating classroom projects, and introducing their students to students from Pimville, Kensington, Eldorado Park, and other neighborhoods in Soweto and Johannesburg. GLC will be documenting all of this on its website and hope to encourage other teachers and schools to participate in these exchanges.

In July 2019 the group from South Africa will be visiting GLC in New Haven, where it will be holding a workshop on the history of the African American struggle for freedom and equality.

For more photos from the program visits GLC’s flickr page