The Shame of Yale’s Calhoun College 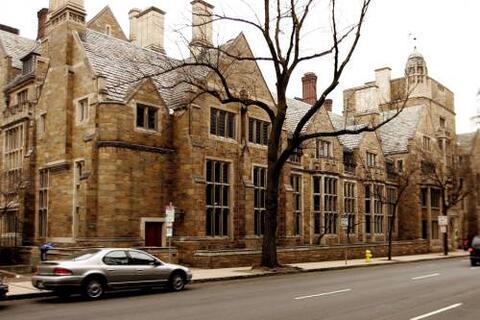 The White-Supremacist Lineage of a Yale College

Yale’s Calhoun College, one of 12 residential colleges where undergraduates live, is named for John C. Calhoun, the South Carolina politician and an 1804 graduate. It’s not the only memorial to Calhoun. In Charleston, an 80-foot-tall statue of him overlooks Calhoun Street. In the wake of the church murders in that city last June, students at Yale petitioned the university to change the college’s name.

The students’ petition recognizes that Calhoun “was respected during his time as an extraordinary American statesman,” but stresses that he was “one of the most prolific defenders of slavery and white supremacy” in the history of the United States. It declares, “The monumental task of eliminating the vestiges of racism must include all monuments and symbols dedicated to people and institutions that fought to preserve slavery and white supremacy.”

As the historian Sean Wilentz wrote recently, in that era “most white Americans presumed African inferiority.” But Calhoun went much further. He believed that the American dream depended on that presumed inferiority and the slavery that was built on it. To Calhoun, the historian John Niven observed, “freedom was based on slavery.” That central idea of his was profoundly divisive. It was a major cause of the Civil War. As others passed it forward, it was a significant cause of the racial segregation that lasted in law until the mid-20th century and that endures in reality, and of the reactionary element animated by racism that remains so explosive in American politics. Calhoun’s various ideas made him prominent on the national stage for 40 years, but that’s the one that came to obsess him and, in the end, to define him.