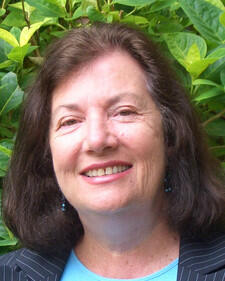 Dr. Lois E. Horton, one of the nation’s leading historians of antebellum Black culture and Abolitionism, died at Reston (VA) Hospital on Wednesday, September 22, 2021, five days before her 79th birthday. The cause was a severe and unexpected stroke suffered the day before her passing.

A professor of history emerita at George Mason University in Fairfax, Virginia, Dr. Horton was the recipient of many academic honors and the author, co-author, or editor of nine books—many co-written with her late husband, Dr. James Oliver Horton (1943-2017) of George Washington University. Just prior to her death, with help from her granddaughter and research assistant, Danielle, she completed the revisions for a new Oxford University Press edition of the Hortons’ landmark two-volume survey of African American history, Hard Road to Freedom: The Story of Black America, originally published in 2002. Her most recent publication, an essay titled “The Man and the Martyr: Abraham Lincoln in African American History and Memory,” appeared in June as part of an anthology, The Long Civil War: New Explorations of America’s Enduring Conflict, published by the University Press of Kentucky. Her most recent monograph, Harriet Tubman and the Fight for Freedom, was published in 2013. Earlier books that helped to establish the Hortons’ reputation as distinguished and engaged scholars include: Black Bostonians: Family Life and Community Struggle in the Antebellum North (1975); A History of the African American People (1995); In Hope of Liberty: Culture, Community and Protest Among Northern Free Blacks, 1700-1860 (1996); Slavery and the Making of America (2004); and Slavery and Public History: The Tough Stuff of American Memory (2006).

Combining her skills as a social scientist with a passionate interest in humanities scholarship and a flair for graceful writing, Lois gained national and international recognition as a gifted interpreter of nineteenth century America, especially on matters of race, African American culture, gender, and Abolitionism. Along the way, she also became an innovative practitioner of public history, lending her wisdom and talents to numerous museums, government agencies, media platforms, educational institutions, and social justice organizations. Her many contributions to the public understanding of the role of race and social movements in American history include consulting for The Salzburg Global Seminar, the National Museum of African American History and Culture, the National Museum of American History, the District of Columbia Public School System, the National Park Service, the New York Historical Society, and First Lady Hilary Clinton’s 1997 Save America’s Treasures national tour. During her long career, she also held the John Adams Distinguished Chair in American Studies at the University of Amsterdam in 2003, served as the Mellon Distinguished Scholar in Residence at the American Antiquarian Society in 2010-2011, taught several summer seminars sponsored by the Gilder Lehrman Institute of American History, and served as a visiting professor at the University of Hawai‘i (2006-2009) and at the University of Munich.

Lois Horton was deeply committed to her scholarly work on African Americans and to the social justice implications of exploring race and civil rights throughout American history. But she was also a dedicated and highly effective teacher who never allowed her scholarly activities to get in the way of her determination to nurture and enlighten her students. Somehow, she found time to do it all—to mentor her students, to take care of her family, to cultivate an extraordinarily wide circle of friends, and to meet every academic and intellectual responsibility with the highest order of personal integrity and professionalism. She also managed to live life to the fullest, wherever she found herself—on the tennis court, in her garden, at her church, traveling abroad with her grandchildren, or on her many visits to her beloved Hawai‘i. As one colleague commented, Lois was clearly the best of us, an uncommon “force of nature” whose exemplary life lifted up everyone fortunate enough to become her friend or colleague.

Lois E. Berry was born on September 27, 1942, in Lackawanna, New York, the oldest of two children. Her father, Robert John Berry, was a steel mill worker. Her mother, a homemaker, was Christine Ellen Clancy Berry. Raised outside of Buffalo, New York, in West Seneca, along with her younger sister Nancy, Lois was an accomplished student and talented musician. While in high school she achieved the position of second chair violin in the New York state scholastic orchestra. She went on to become the first member of her family to attend college, enrolling in 1960 at the State University of New York, at Buffalo, where she was awarded a prestigious Union scholarship and where she met her future husband, James Oliver (Jim) Horton, an African American classmate and Air Force ROTC cadet from Newark, New Jersey. Graduating in 1964 with a degree in sociology, she married Jim on June 12 of that year.

After Jim became an Air Force officer in the summer of 1964, Lois and he moved to Loring Air Force Base in northern Maine, where they remained for three years and where their son Michael James was born. Following Jim’s transfer to Hickam Air Force Base in Honolulu, Hawaii, in 1967, Lois attended graduate school at the University of Hawai‘i at Mānoa, where she received a Master of Arts degree in Psychology in 1968. After Jim’s discharge from the Air Force in 1970, Lois began work on a Ph.D. in Social Policy at the Florence Heller School for Advanced Studies in Social Welfare at Brandeis University, in Waltham, Massachusetts, where she wrote a dissertation on “The Development of Federal Social Policy for Blacks in Washington, D.C. After Emancipation” under the direction of David G. Gil.

Jim was also a graduate student at Brandeis, where he received his Ph.D. in the History of American Civilization in 1973. Soon thereafter he accepted a history faculty position at the University of Michigan, in Ann Arbor, but four years later, he, Lois, and their young son Michael moved to the Washington, D.C. area, where Jim taught History and American Studies at The George Washington University, and where Lois, after completing her Ph.D. thesis in 1977 and teaching briefly at Howard University, began teaching sociology and history at George Mason University, where she eventually became a full professor and a popular and highly effective departmental chairperson.

Living in nearby Reston, Virginia, the Hortons began a four-decade-long collaboration that produced a series of groundbreaking books and public history projects related to the social, cultural, and political history of African Americans. Although she was a modest person with a quiet manner, Lois became a co-equal partner in one of the most successful husband-and-wife academic and literary partnerships in living memory. As her close friends can attest, she never seemed to mind that her talented and outgoing husband received much of the public acclaim for their joint projects. She always took great satisfaction from Jim’s near-celebrity status, just as she gloried in the many accomplishments of her grandchildren and those of her son and daughter-in-law, both leading environmentalists at the Department of Interior. True to her character of genuine stewardship, Lois never sought the limelight for herself; instead, she always kept her eyes on the prize: a searching, truth-telling investigation of the American past.

She is survived by her son Michael James Horton, her daughter-in-law Kelly Marlene Geer, her grandchildren Danielle and Alex Horton-Geer, her adoptive granddaughter Morgan Davis, her sister Nancy Smith, of Sylva, North Carolina, as well as several nieces and nephews and other members of a large and loving extended family.