The legacy of lynching: Artistic confrontations of racial terror 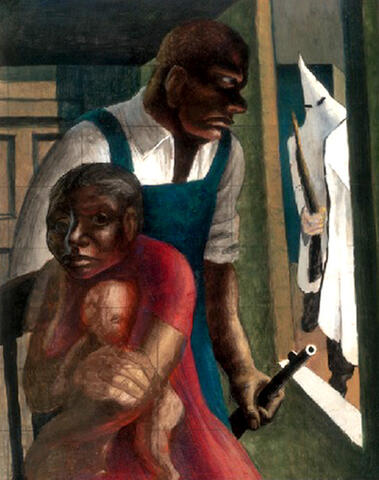 “The problem is: how do you write about and represent violence without reproducing it?” Crystal Feimster asked during her presentation in the “The Legacy of Lynching: Artistic Confrontations of Racial Terror” panel discussion on Thursday, February 20, at the Yale University Art Gallery. “And the answer is: if you want to understand the violence, you have to reckon with the brutality,” Feimster said.

Feimster, Associate Professor of African American Studies, History, and American Studies, was part of a public program jointly sponsored by the MacMillan Center’s Gilder Lehrman Center for the Study of Slavery, Resistance, and Abolition; the Yale University Art Gallery’s Martin A. Ryerson Lectureship Fund; and the Yale Center for the Study of Race, Indigeneity, and Transnational Migration. The panel discussion was organized in conjunction with the YUAG’s exhibition “Reckoning with ‘The Incident’: John Wilson’s Studies for a Lynching Mural.” (view panel discussion) 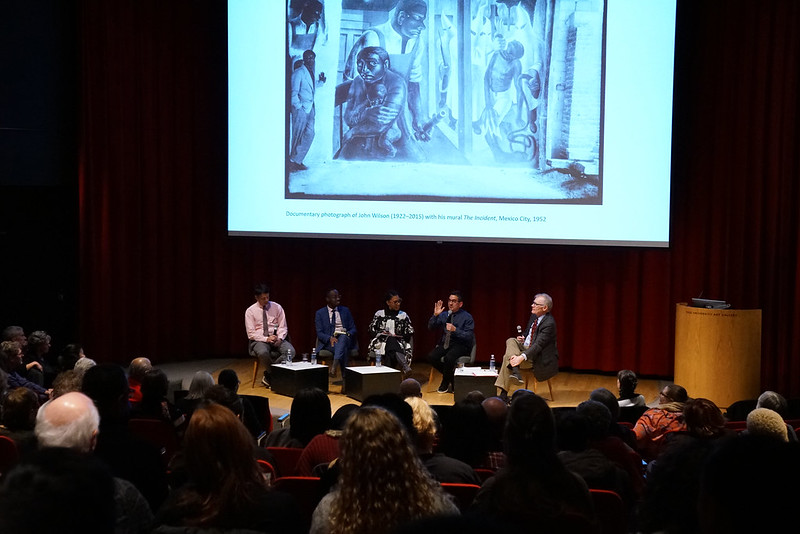 Across their presentations and the audience question and answer period, the four panelists emphasized the role and potential of art as a medium of representation, violence, and potential reckoning. According to Brundage, who focused on the use of images that depicted lynching, the very act of witnessing lynching in the nineteenth century was a form of complicity and a manifestation of white racial solidarity. In the same vein, photographs of lynchings and those who took the photos, were also complicit and reproduced the racialized violence by highlighting and advertising black death in the wake of white power, Brundage explained. Films and media outlets also fed the flame by emphasizing white fragility and victimhood; for example, D.W. Griffith’s infamous Birth of a Nation dedicates many more minutes to the white woman victim fleeing her blackface captor than to the lynching of the blackface man himself.

In response to these trends of racial violence advertised and encouraged by these popular images, Gonzalez-Day created his Erased Lynching series (2006), in which he removed the lynched bodies from pre-existing photographs of lynchings. What remains is the scene where the lynching took place, ropes hanging with no hanging body in place, which serves to highlight the mob that participated in and were spectators of the acts of brutality. Through his technique, Gonzalez-Day forces the audience to consider who is missing and who plays what role in the lynching process.

“Art is a thing you make, then it’s a thing that’s looked at,” Gonzalez-Day said. By erasing the voyeuristic spectacle of the victims’ bodies, the photos “allow us to see whiteness in a new way,” he added. Borrowing from restorative justice projects in the US, Gonzalez-Day wanted to turn erasure into a site of production because for him, “absence is presence in the work.”

For Feimster, gender and intersectionality—and how black women fit into the narrative—proved most important in her consideration of the history of lynching. Lynchings were violent attacks against Chinese, Italian, Indigenous, and other people, as well as African Americans, Feimster explained, and yet the visuals and the media focused on black male bodies, who indeed made up the majority of lynch victims. But rarely did images ever depict black women, Feimster said, erasing both the gendered violence in the nineteenth century as well as the role of women (black and white) in the anti-lynching and anti-rape movements.

When an audience member suggested that women were often caught in transactions between sexually violent men during the lynching era, Feimster challenged the audience member’s mindset. “It was not just a ‘transaction,’” Feimster urged. “It’s a system,” she said—one in which racialized violence became synonymous with and led to sexualized violence against women, especially women of color.

And the system still remains today, Kubakundimana commented. At the Equal Justice Initiative in Montgomery, Alabama, Kubakundimana works to refigure these exact conversations about historic racism and reevaluate how we think about it—or don’t think about it. After generations of indigenous genocide and generations of chattel slavery in the US, “slavery did not end in 1865, it just evolved,” Kubakundimana said. Racism against blacks remains deeply entrenched in America, which has the highest concentration of incarcerated people in the world (made up mostly of black men) and where states that had the highest lynching rates in the nineteenth century have the highest number of death sentences today, including Alabama.

During the question and answer period, an audience member asked, “Are today’s police shootings lynchings?” All four panelists answered both yes and no: that of course both lynchings and police brutality are about race but that police shootings don’t invoke or involve the entire community in the same way that lynchings did, as Brundage responded.

But for Kubakundimana, community engagement is vital in reckoning with the legacies of slavery. To remind the people of Alabama about their dark history, EJI in Montgomery has created memorials like “Raise Up,” a statue depicting black figures with their arms up in what can be seen as defeat or protest, which forces its onlookers to reckon with their state’s role in the enslavement of black people and the forms of slavery that still exist today. In 2018, EJI installed their National Memorial for Peace and Justice, which notes each county in the United States where a racial terror lynching took place, and has the names of the lynching victims engraved on over 800 steel columns.

Together, the four panelists use memory and art to understand and honor the history of lynchings and its ongoing effects on the racialized social hierarchies and politics of the United States. Lynchings are not outside of American history, contrary to how certain pieces of art or media might insist, but rather, they are the threads that make up the very fabric of America, where we must continue to reconcile a hopeful future with a troublesome and difficult past.