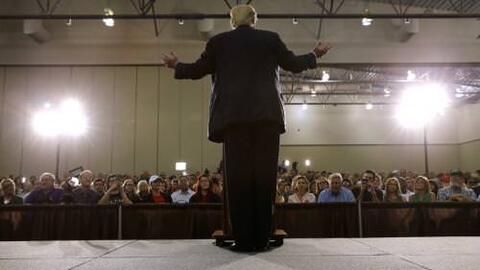 13 historians scour the past for Trumpian precedents.

Is Donald Trump truly one of a kind—a sui generis sensation in U.S. politics? As Americans try to make sense of the businessman-turned-Republican presidential frontrunner and how he’s come to dominate the polls and the airwaves in the 2016 cycle, Politico Magazine decided to consult the archives: Is there a historical figure the Donald resembles—a model who can help explain his rise? We asked some of the smartest historians we know to name the closest antecedent to Trump from the annals of American history. Some maintained that he is a unique product of the era of reality TV, social media and the 1 percent. But others saw similarities to politicians, personalities and tycoons past, from Italy’s former bunga-bunga prime minister Silvio Berlusconi to the last billionaire to disrupt presidential politics, Ross Perot, to segregationist populists like George Wallace. If history repeats itself, consider this a preview of where Trump’s candidacy could go from here.