Global Models for Questions of Reparations 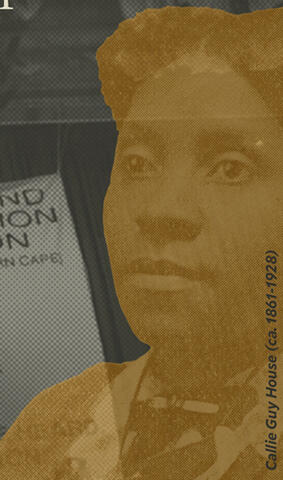 On April 22, the Gilder Lehrman Center for the Study of Slavery, Resistance, and Abolition sponsored a panel discussion titled “Repair for Historical Harms: Global Models for Questions of Reparations.” The program was inspired and co-organized by two Yale alums: Sheryl Carter (YC ’82), Past National President and Chair of Yale Black Alumni Association; and Ken Inadomi (YC ’76), Chair of the Yale Alumni Nonprofit Alliance. Co-sponsors included: the Afro-American Cultural Center at Yale; New Haven’s Amistad Committee; the National Assembly of American Slavery Descendants-Los Angeles; Yale Alumni Nonprofit Alliance; Yale Black Alumni Association; Yale Latino Alumni Network; and Christopher Fields, Postdoctoral Research Fellow, Yale School of Medicine, Department of Psychiatry. About 335 participants attended the webinar, logging in from the United States, the U.K., Canada, Australia, and Peru and representing 50 universities and a number of governmental entities as well as community organizations. (view the recording of this discussion at the bottom of this page)

The goal of the panel was to reflect on the efforts over the past half century by nations, international organizations, companies, and universities to consider or enact programs of reparation for past wrongs, including for slavery in the Americas. Sometimes redress has been sought through juridical means, other times by material or financial repair, and still other approaches have been symbolic. In some contexts, individual victims have been compensated for proven harm in the past. Other contexts involving massive historical harm done over long periods of time have prompted widely varying approaches to redress. All efforts seek justice in a legal, moral, or political sense, and justice has widely differing definitions across time and cultures. This panel addressed these issues historically and in our contemporary world, with attention to the issue of reparations to Black Americans.

De Greiff began by reflecting on the long history of post-conflict interstate reparations, and argued that this particular tradition is not pertinent to our discussion. Instead, he emphasized, “[What] is pertinent today is the tradition of intrastate massive administrative reparation programs for individuals, not an exchange between governments or states, but rather programs that provide a benefit for individual victims.” He stated that there is good evidence that programs are better for victims when they aren’t purely compensatory and intended to “close the book,” but instead are successful and satisfactory when they distribute a wide variety of benefits at a large-scale level, spread truth, and lead to cultural change.

“Reparations are not simply being paid back for harms suffered. Reparations involve acknowledging that something unacceptable took place, commitment to redressing people on the basis of rights that they have, and consequently trying to achieve cultural changes that diminish the likelihood that these things will take place again.” De Greiff stated.

Harris emphasized De Greiff’s point that reparations are about the repair of society, and discussed how Reconstruction and the 13th, 14th, and 15th amendments were an early, though unsuccessful, attempt at rectifying past wrongs to move the nation forward after the Civil War. She emphasized that those who were enslaved did not bear the weight of repair, but instead those who benefitted from slavery did. Harris then discussed how the United States has been stuck in a cycle of progress and backlash since the first Reconstruction, and that it is necessary to enact reparations to break out of this cycle.

“Who needed to learn something new at this time? Not just the emancipated, but the people who had held power for so long and had seen their own citizenship linked to slavery and to creating wealth from enslaved people,” Harris observed.

Harris noted that at the same time later attempts to desegregate and win voting rights were occurring, there was a simultaneous codifying of racism into other systems such as housing. It is evident from this that reparations are not just about slavery, but about the long Jim Crow era in the 20th century and lasting institutional racism today. Harris argued that understanding this is central to truth-telling and ultimately repair, emphasizing that universities play a crucial role in this truth-telling and anti-racist work. She gave HBCU’s as an excellent example of institutions that do this work, and stated that finding ways to support these and similar institutions to ensure their longevity is crucial.

Blight then shifted the conversation to how reparations are affected by politics, and questioned how we are to navigate this largely divided country in achieving healing and reparations. Steyer stated that it is now impossible to ignore how entrenched the U.S. is in racism. Steyer agreed with Harris about who bears primary responsibility for repair, stating that “the onus for dismantling white supremacy falls on white people,” agreeing with both De Greiff and Harris that reparations are to repair society at large. Steyer discussed how he first encountered this politically through work on climate, which has “always been immediately, immutably, irrevocably connected to environmental justice, to the need to address the systematic concentration of toxins in underserved Black communities in America.” Steyer emphatically stated that “You cannot separate climate action from racial justice.”

He emphasized the importance of supporting individuals and groups who have suffered the effects of systemic racism and are creating tangible change, agreeing with Harris about HBCU’s. Steyer continued that we must shift our banking systems from measuring profit and loss to measuring impact on communities in terms of job creation and housing, as these are specific measures that aid in repair. He argued that there must be a fundamental change to our economic system away from money.

Blight then directed the conversation toward current legislation, asking Jackson Lee to discuss H.R. 40, the current bill to establish a commission to study and develop reparation proposals. Jackson Lee began by emphasizing the need for organizations and people to come together with one voice. She reflected on De Greiff’s global perspective, adding that “reparations are an international legal concept which is accepted around the world. It is shocking sometimes for Americans, but people around the world understand reparations.” Jackson Lee then discussed H.R. 40, which originated in 1989 with John Conyers, who upon his retirement designated Jackson Lee to sponsor, rewrite, and rebirth the bill. She emphasized that “[H.R. 40] is not a concept, it is not a philosophy, it is not an intent, it is an H.R. which once it passes becomes a law.”

As a member of the Helsinki Convention, she noted that it is far easier for her to discuss slavery, racism, and reparations there than it is in the U.S, which indicates that we have a long way to go. She then discussed common misconceptions about reparations that must be eliminated, such as the idea that because current day white Americans did not own slaves, reparations are unfair or irrelevant. She followed this with a history of racism in America post-Emancipation Proclamation, clearly outlining how codified discrimination continued -and continues today- long after slavery ended, which is why reparations are vital. She emphasized that reparations should not focus only on payments to individuals, although this cannot and should not be precluded from reparations. Rather, she agrees with De Greiff, Harris, and Steyer that what is necessary is all-encompassing cultural and institutional repair.

Reparations, while an internationally accepted concept, remains a contentious topic in the United States, largely because of an unwillingness on behalf of white Americans to confront historical and current truths about racism and discrimination against Black Americans. Panelists argued that a large barrier to reparation discussions is a misconception that slavery and racism are wrongs of the past that do not have current-day implications, and argued that it is vital to understand that racism is institutional and current in order to reduce this resistance. Global models of reparation typically involve payment—which is crucial—but panelists placed emphasis on truth-telling and institutional and cultural change as a key, neglected component to reparations in the United States. It is vital to establish working committees, as H.R. 40 seeks to, to confront, discuss, and make tangible proposals for reparations. Universities also play a large role in the truth-telling process of reparations, and must prioritize anti-racist work. As we look to today and to the future, it is more urgent than ever to enact reparation programs in the United States to acknowledge and redress past and current wrongs, with the ultimate goal of societal healing.