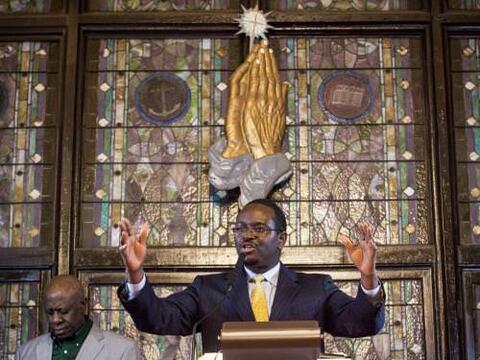 Clementa Pinckney, a Martyr of Reconciliation

The preacher who tried to heal the wounds of Charleston fell victim to neo-Confederate ideology in the city where the Civil War began.

The Reverend Clementa Pinckney, pastor of the historic Emanuel African Methodist Episcopal Church in Charleston, South Carolina, was murdered last week at a Bible study session in his own house of worship. What he died for is almost impossible to capture or clarify right now. But one cause he definitely died for in witheringly painful irony, was the reconciliation of the Civil War in the city where it began. He died in the state where the Confederate battle flag still waves on the Capitol grounds, where neo-Confederate memory and politics endure with a tenacity like nowhere else, and where Pinckney was one of only two votes in the state senate opposing the latest South Carolina voter ID law designed to limit the franchise for black and brown people. He died in a politics that kills.