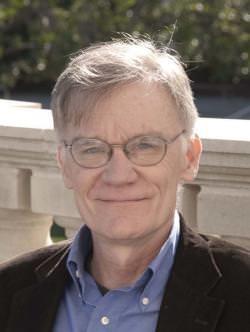 David W. Blight, Sterling Professor of American History and Director of the Gilder Lehrman Center for the Study of Slavery, Resistance, and Abolition at the MacMillan Center, has been awarded the Gold Medal of History by the American Academy of Arts and Letters. The Gold Medal is awarded to those who have achieved eminence in an entire body of work.

Blight has won the Lincoln Prize, Bancroft Prize, and Frederick Douglass Prize, and is the recipient of the 2019 Pulitzer Prize for Frederick Douglass: Prophet of Freedom. In his six books on slavery, the Civil War, and its aftermath, the Academy stated that Blight “has established a magisterial record of the struggle for civil rights in the United States.”

In addition to his books and numerous articles, Blight is featured in many documentary films on American history on PBS, the BBC, and other networks. He also writes frequently for the popular press, including The Atlantic, The New York Times, and many other journals. Blight maintains a website that includes information about his public lectures and books.

The American Academy of Arts and Letters was founded in 1898 as an honor society of the country’s leading architects, artists, composers, and writers.

The Gilder Lehrman Center (GLC) for the Study of Slavery, Resistance, and Abolition is supported by the Whitney and Betty MacMillan Center for International and Area Studies at Yale. The GLC strives to make a vital contribution to the understanding of slavery and its role in the development of the modern world. While the Center’s primary focus has been on scholarly research, it also seeks to bridge the divide between scholarship and public knowledge by opening channels of communication between the scholarly community and the wider public. In collaboration with secondary schools, museums, parks, historical societies, and other related institutions, the Center facilitates a locally rooted understanding of the global impact of slavery.