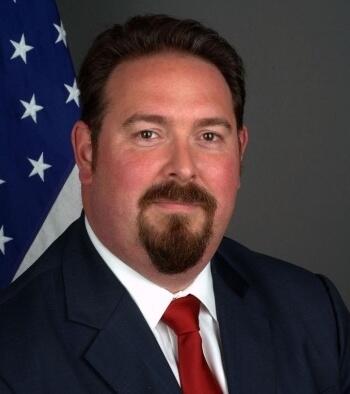 Ambassador (Ret.) Luis C. deBaca, Senior Fellow in Modern Slavery at the Gilder Lehrman Center for the Study of Slavery, Resistance, and Abolition at the MacMillan Center, will receive the William Wilberforce award, one of four Polaris Star awards, at the 13th Annual Human Trafficking Awareness Day sponsored by United Abolitionists, Paving The Way Foundation, and the Central Florida Human Trafficking Task Force. The award ceremony will take place at the University of Central Florida and Valencia College downtown Orlando campus on January 29.

This award was named after the Polaris Star, also known as the North Star, and is what slaves used to find their way north to freedom along the Underground Railroad. This award is given to the modern-day abolitionists who are leading the fight against human trafficking in their profession and/or sphere of influence.

“Human Trafficking does not discriminate based on age, race, gender, ethnicity, religion, or political affiliations,” said Tomas J. Lares, President United Abolitionists. “More than ever, we must stand united against the crime of human trafficking/modern-day slavery and we say, ‘Not on our watch!’”

Ambassador (ret.) Luis C.deBaca coordinated U.S. government activities in the global fight against contemporary forms of slavery as head of the State Department’s Office to Monitor and Combat Trafficking in Persons during the Obama Administration. As one of the United States’ most decorated federal prosecutors, Ambassador C.deBaca investigated and prosecuted crimes of human trafficking, immigration, hate crimes, money laundering, and official misconduct. He updated the post-Civil War statutes and the 13th Amendment to develop the “victim centered approach” to modern slavery, which has become the global standard for combating human trafficking through the Trafficking in Persons Protocol to the United Nations’ Organized Crime Convention. Ambassador C.deBaca advises governments, businesses, and civil society on transparency in supply chains and enforcement. He is on the faculty of Yale University, where he is the Senior Fellow in Modern Slavery at the Gilder Lehrman Center for the Study of Slavery, Resistance, and Abolition at the MacMillan Center, and teaches The American Law of Slavery at Yale Law School and Slavery and the Built Environment at the Yale School of Architecture.