Ambassador Luis C.deBaca (ret.) on the 13th Amendment and the History of the Trafficking Victims Protection Act 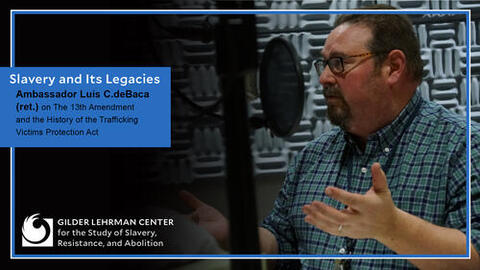 Thomas Thurston talks with Ambassador Luis C.deBaca (ret.) on the 13th Amendment and the History of the Trafficking Victims Protection Act