The Yellow Demon of Fever: Fighting Disease in the Nineteenth-Century Transatlantic Slave Trade 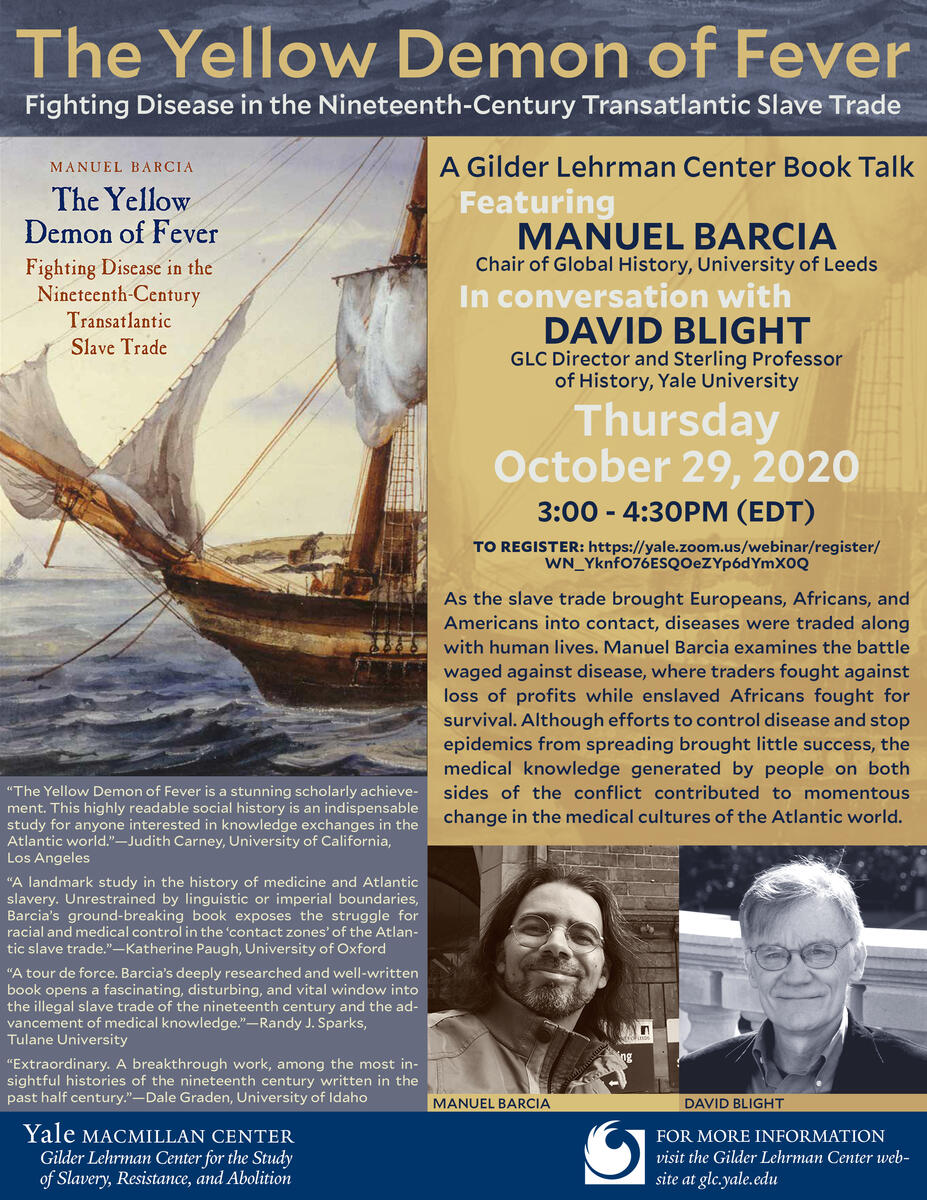 As the slave trade brought Europeans, Africans, and Americans into contact, diseases were traded along with human lives. Manuel Barcia examines the battle waged against disease, where traders fought against loss of profits while enslaved Africans fought for survival. Although efforts to control disease and stop epidemics from spreading brought little success, the medical knowledge generated by people on both sides of the conflict contributed to momentous change in the medical cultures of the Atlantic world.
“The Yellow Demon of Fever is a stunning scholarly achievement. This highly readable social history is an indispensable study for anyone interested in knowledge exchanges in the Atlantic world.”—Judith Carney, University of California, Los Angeles
“A landmark study in the history of medicine and Atlantic slavery. Unrestrained by linguistic or imperial boundaries, Barcia’s ground-breaking book exposes the struggle for racial and medical control in the ‘contact zones’ of the Atlantic slave trade.”—Katherine Paugh, University of Oxford
“A tour de force. Barcia’s deeply researched and well-written book opens a fascinating, disturbing, and vital window into the illegal slave trade of the nineteenth century and the advancement of medical knowledge.”—Randy J. Sparks,
Tulane University
“Extraordinary. A breakthrough work, among the most insightful histories of the nineteenth century written in the past half century.”—Dale Graden, University of Idaho