GLC@Lunch with Teanu Reid: “A Dram and a Calabash of Rum: Barter and Commodity Monies Among Enslaved Africans and Native Americans” 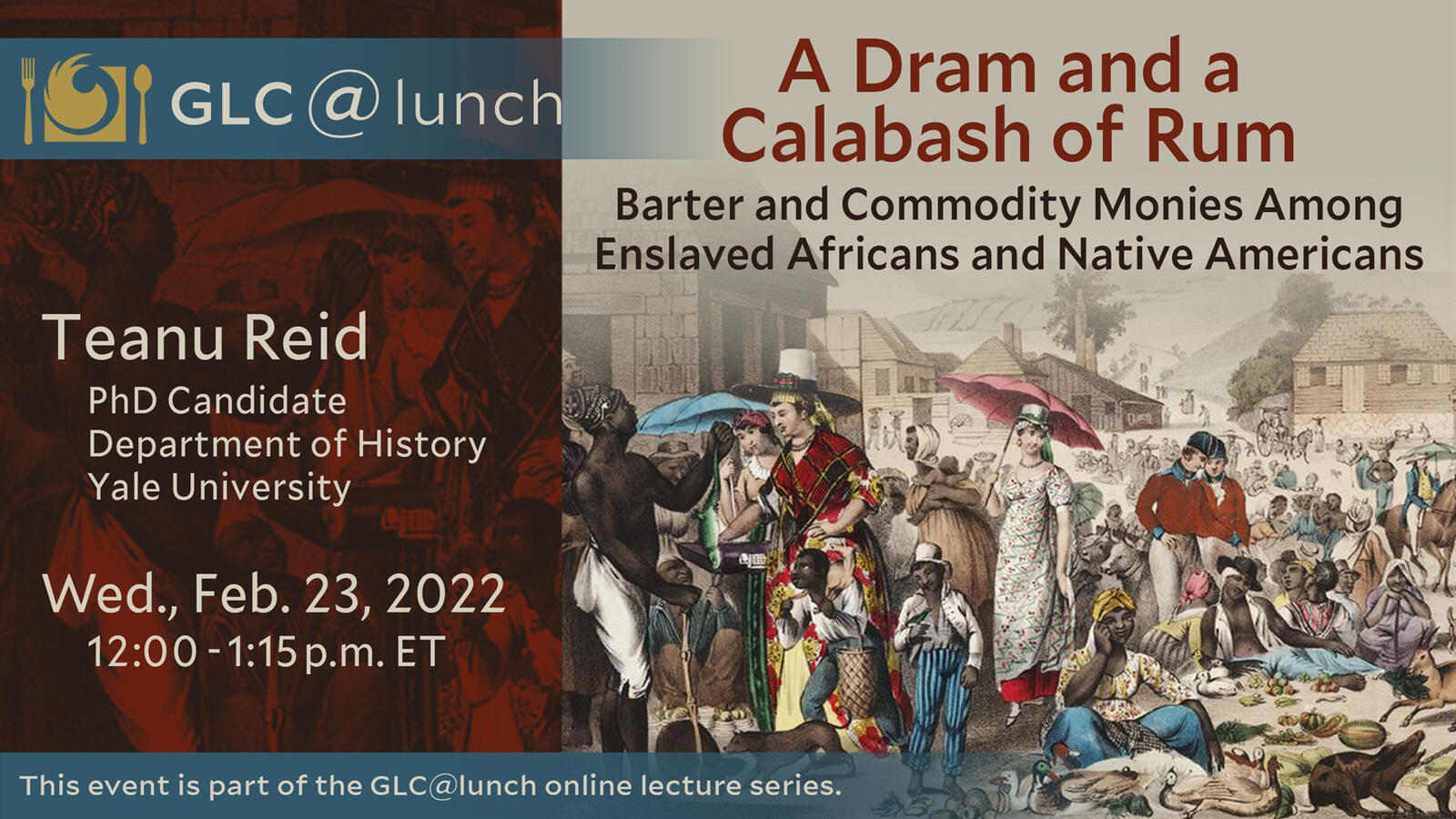 On his path to accumulating enough “money” for his self-emancipation, Olaudah Equiano was credited “a tierce of sugar and another of rum” by Robert King, the merchant who owned him. Rum, sugar, and tobacco were among the goods that circulated in the seventeenth and eighteenth-century Atlantic world, facilitating numerous commercial exchanges. In this talk, Teanu Reid, Ph.D. Candidate in History and African American Studies, dives into how enslaved Africans and enslaved Native Americans used bartering and commodity monies in their commercial activities. She describes in detail how enslaved people “purchased” food and clothing to support themselves and their families in Barbados, Jamaica, and South Carolina.