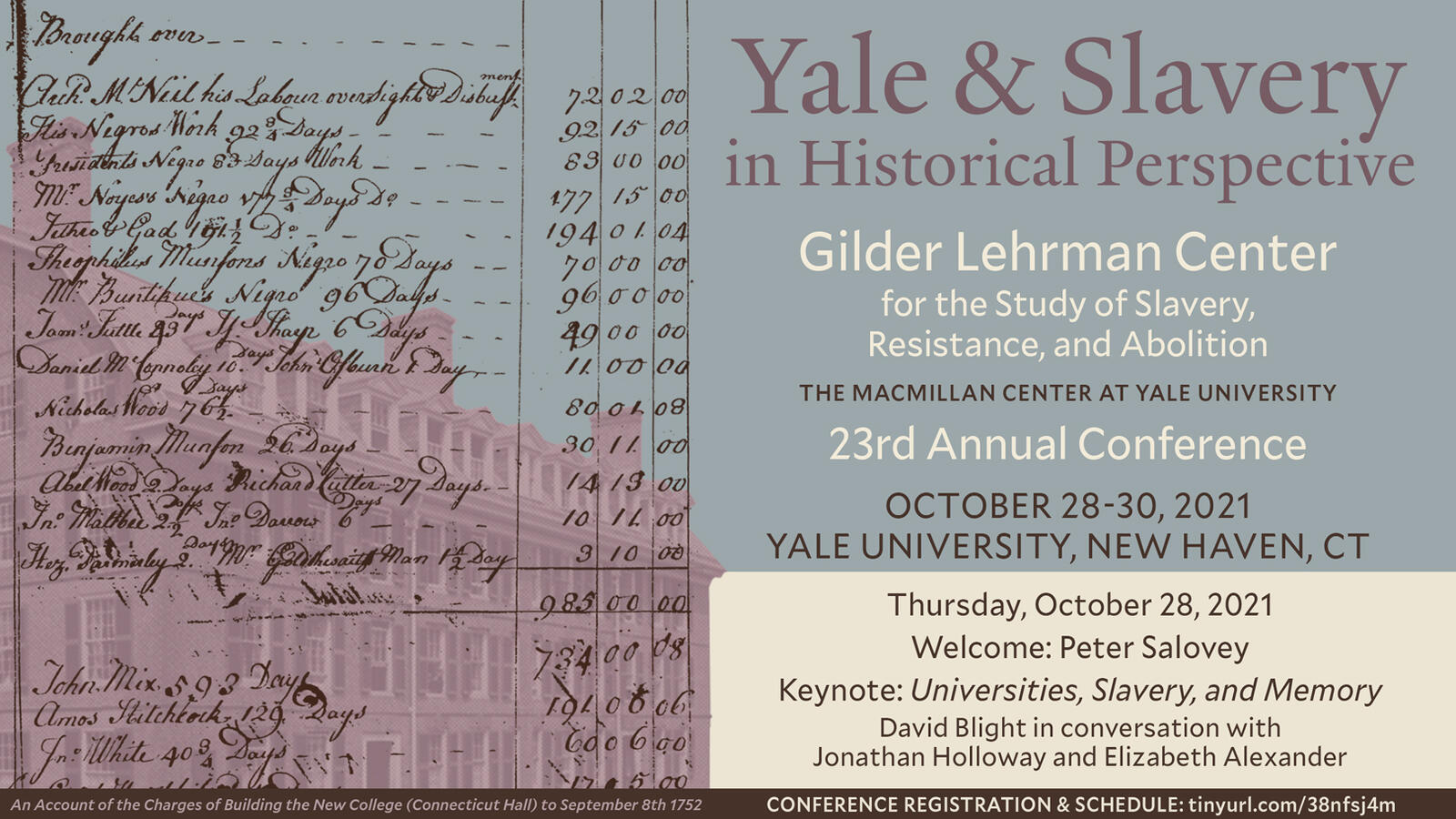 Commissioned by President Peter Salovey, a working group of historians, librarians, student researchers, and community members is conducting a thorough research study of Yale University’s historical relationships with slavery, racism, and their aftermaths. On October 28-30, 2021 the Gilder Lehrman Center for the Study of Slavery, Resistance, and Abolition at the MacMillan Center at Yale will host a conference on “Yale and Slavery in Historical Perspective,” presenting the research findings in process. Topics will include the university’s 18th century theological roots, the economics of slavery-created wealth, the place of Southern slaveholders at Yale, medical and scientific legacies of race at Yale, forces of abolition at the university, the labor history of the building of the institution over three centuries, and Yale’s extraordinary reconciliationist Civil War memorial, dedicated in 1915. The conference will engage the Yale and New Haven communities as well as the national context of reckoning with the past.