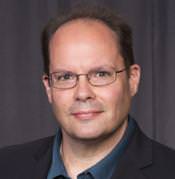 In addition to Forret, the other finalists for the prize were Aisha K. Finch for “Rethinking Slave Rebellion in Cuba: La Escalera and the Insurgencies of 1841-1844” (University of North Carolina Press) and Matthew S. Hopper for “Slaves of One Master: Globalization and Slavery in Arabia in the Age of Empire” (Yale University Press). All three books reflect outstanding archival research and analysis of the centrality of slavery in the modern world.

This year’s finalists were selected from a field of more than sixty books by a jury of scholars that included Jim Downs (Chair), of Connecticut College; Mariana Candido, of the University of Notre Dame; and Annette Gordon-Reed, of Harvard University. The winner was selected by a review committee of representatives from the Gilder Lehrman Center, the Gilder Lehrman Institute of American History, and Yale University.

In “Slave Against Slave,” Forret explores the extent of physical conflict between enslaved people in the U.S. South prior to the Civil War. His research relies on a broad range of historical documents, including slave narratives, slaveholders’ journals, travelers’ accounts, and church and court records from across the South. Jury chair Jim Downs commented that the book positions enslaved people “as central actors” while disrupting romantic ideas about a unified slave community in the U.S. South. By examining value systems regarding gender roles, family structures, property rights, Forret represents enslaved men and women in the South as complex human beings who created layered social relationships within the violence and oppression of slavery.

The Frederick Douglass Book Prize was established in 1999 to stimulate scholarship in the field of slavery and abolition by honoring outstanding books on the subject. The award is named for Frederick Douglass (1818-1895), the slave who escaped bondage to emerge as one of the great American abolitionists, reformers, writers, and orators of the nineteenth century.