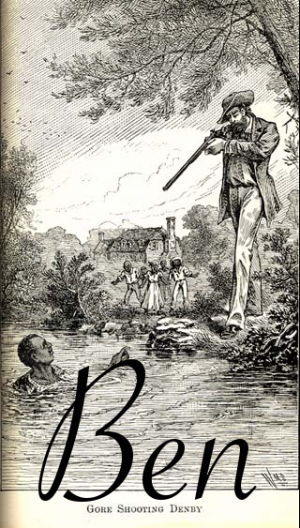 Six years later, another slave’s name was entered into the Wilkes County legal archive. An enslaved man named Ben had been killed, and a jury was convened to determine the cause of death, which they attributed to “a load of powder and shot” fired into his body by a local white man he met upon a public road. As you examine the jury’s summary of inquisition, pay careful attention to the details they thought important to include, and the purpose they are attempting to achieve through their findings.

A document related to this case and donated by U. B. Phillips to the University of Michigan’s  William L. Clements Library records that a Capt. John Man “saw a Negro man Ben, said to be the property of Richard Baily on the morning of the 29th June Instant, much wounded, which appeared to be done by shooting.” Man testified that one Norcut Slaven had told Man that Slaven “has shot the said Negro Ben.” The court took action against Slaven and other men, though the documents do not show the final outcome of the case.