Betrayed by a Revolution 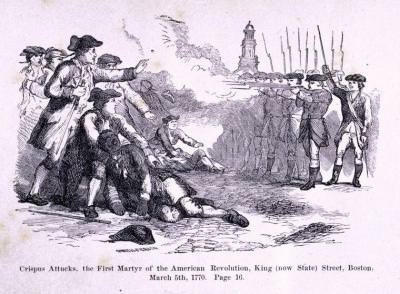 The American Revolution presents troubling contradictions for students of American History. On one hand, the Declaration of Independence provides stirring rhetoric proclaiming all men to be created equal and promising them life, liberty, and the pursuit of happiness. Yet the Constitution that Americans adopted afterwards contained several accommodations for human enslavement, including a commitment to capture and return fugitive slaves and the infamous “three-fifths compromise” that made enslaved individuals count as three-fifths of a person for representation in Congress. These divergences between a nation formed upon Enlightenment ideals of human liberty yet founded in principles supporting human bondage would eventually cause the Civil War, and, one might argue, still reverberate today.

This contradiction had a terrible impact on the lives of at least three black Americans living in the New York City region during this era. For them, the upheavals of the Revolutionary struggle for freedom actually led to re-enslavement, as opportunistic whites looked to re-enslave those who had been freed by their loyalist, or “Tory” masters. The documents surrounding their lives are drawn from the post war correspondence between William Woolsey (President of the New York Manumission Society), fellow Manumission Society members, and Willet Seaman, an agent investigating claims of freedom by enslaved individuals. They demonstrate the tenuous nature of freedom for three blacks during the revolution, and ask whether stories such as Solomon Northup’s were so extraordinary after all.

The primary sources in this section will help teachers lead student inquiry into slavery in the north during the early years of the nation. There are a number of ways to elicit inquiry with these documents. The surviving legacy of slavery’s status at the creation of the nation can be either be an initiating or closing activity of the lesson or small unit. When students begin to see how the present is shaped by the past, they can begin to ask different questions of the sources.

This section of the website also lends itself to issues of memory and history. The popular perception among students and the public is that the North was always a paragon of virtue with regard to slavery, from the founding of the nation through the Civil War and the Civil Rights Movement. Have students explore this issue. Why has this narrative survived? How is it reinforced in textbooks, media, and popular discussions? Using these documents as a starting point, have students question the relationship between the past and society’s memory of the past.

It will be important for teachers to provide students with information about the work of the New York Manumission Society. Founded 1785 in New York City by eleven white men, among them Alexander Hamilton and John Jay, the Society worked mostly on behalf of black New Yorkers who claimed to be free but were being held as slaves. Often this enslavement was the result of kidnapping, but it was difficult for those enslaved to prove their free status or to bring formal suits on their own behalf. This was not an abolitionist group. Many of the members were slave owners themselves. Even so, the group did advocate for New York’s gradual manumission law in 1799 and operated the New York African Free School.

Some possible compelling and guiding questions include:

Pairing the inquiry of these documents with clips of 12 Years a Slave might better enable students to imagine the situation these four individuals faced. Students could read a section of the book, see a clip of the movie, and then in groups compare and contrast his experience with those highlighted in this section.

Pairing the inquiry of these documents with clips from 12 Years a Slave might better enable students to imagine the situation these four individuals faced. Students could read a section of the book, see a clip of the movie, and then in groups compare and contrast his experience with those highlighted in this section.