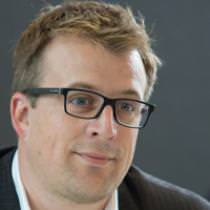 Erik Mathisen joins Thomas Thurston on this episode of Slavery and Its Legacies to discuss American foreign relations during the Reconstruction era and how a generation of former Union soldiers saw slavery, free labor, capitalism, and emancipation around the world through the prism of their wartime experiences.

Erik Mathisen, a fellow at Queen Mary University of London, studied U.S. history at Northwestern University and received his PhD from the University of Pennsylvania. He is a historian of the nineteenth-century United States and the Atlantic World more broadly, with particular interests in the history of slavery and emancipation, the Civil War and the Reconstruction eras.

He is the author of “‘It Looks Much Like Abandoned Land’: Property & The Politics of Loyalty in Reconstruction Mississippi,” in After Slavery: Race, Labor and Citizenship in the Reconstruction South (University of Florida Press, 2013) and “Freedpeople, Politics and the State in Civil War America,” in Reconfiguring the Union: Civil War Transformations (Palgrave, 2013). His article “‘Know All Men By These Presents’: Bonds, Localism and Politics in Early Republican Mississippi,” was published in the Journal of the Early Republic (2013). He is currently at work on several projects, including a global history of Reconstruction and a political and cultural history of the New Left and the American “roots music” revival in the late 1960s and early 1970s.