Anna Mae Duane and Jean Allain, of the Gilder Lehrman Center’s Modern Slavery Working Group at Yale University join Tom Thurston on this episode of Slavery and Its Legacies. Anna Mae and Jean discuss their work on modern slavery around law and narratives. 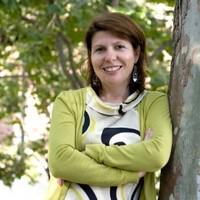 Anna Mae Duane is Associate Professor of English at the University of Connecticut, Storrs. She teaches courses on American Studies, African American literature, and  disability studies.

She is the author of Suffering Childhood in Early America: Violence, Race, and the Making of the Child Victim (University of Georgia Press, 2010), and the editor of  Child Slavery Before and After Emancipation: An Argument for Child-Centered Slavery Studies (Cambridge 2017) and The Children’s Table: Childhood Studies and the Humanities. She has co-edited two books:  Hope is the First Great Blessing: Leaves from the New York African Free School (New-York Historical Society, 2008),and Who Writes for Black Children?: African American Children’s Literature before 1900 (UMinnesota 2017). Her other publications include contributions to the Cambridge History of the American Novel (2011), an article in the Norton edition of Charlotte Temple (2010) and an article in American Literature (Sept 2010). She has received an NEH fellowship, and NEH Enduring Questions grant and a Fulbright fellowship. She is currently working on a book that analyzes the intertwined discourses of African colonization and education by tracing the careers of the alumni of the New York African Free School as they became the first generation of African American doctors, actors, and abolitionists. 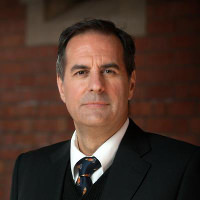 Jean Allain is Professor of Law, Faculty of Law, Monash University and Extraordinary Professor with Centre of Human Right of the Faculty of Law, University of Pretoria. Prof Allain is Special Adviser, Anti-Slavery International, the world’s oldest human rights organisation. He received his PhD from the University of Geneva and clerked for the first President of the International Criminal Tribunal for the former Yugoslavia.

Prof Allain is the leading legal scholar on issues of human trafficking and modern slavery and Special Adviser to Anti-Slavery International, the world’s oldest international human rights organisation. He is also Professor of International Law with the Wilberforce Institute for the study of Slavery and Emancipation (WISE) at the University of Hull, UK. Prof Allain is also Extraordinary Professor, Centre for Human Rights, University of Pretoria, South Africa. He is a generalist of international law and a leading legal scholar on issues of slavery and human exploitation.  His most recent books include: The Law and Slavery (2015) and Slavery in International Law (2013).