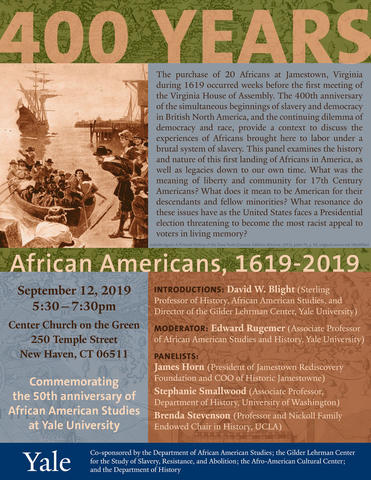 FREE AND OPEN TO THE PUBIC

The purchase of 20 Africans at Jamestown, Virginia during 1619 occurred weeks before the first meeting of the Virginia House of Assembly. The 400th anniversary of the simultaneous beginnings of slavery and democracy in British North America, and the continuing dilemma of democracy and race, provide a context to discuss the experiences of Africans brought here to labor under a brutal system of slavery. This panel examines the history and nature of this first landing of Africans in America, as well as legacies down to our own time. What was the meaning of liberty and community for 17th Century Americans? What does it mean to be American for their descendants and fellow minorities? What resonance do these issues have as the United States faces a Presidential election threatening to become the most racist appeal to voters in living memory?

Free parking is available (after 4:30pm) in Yale Lot No. 51, on Temple Street between Wall and Elm Streets, on the right.
Metered street parking also is available. 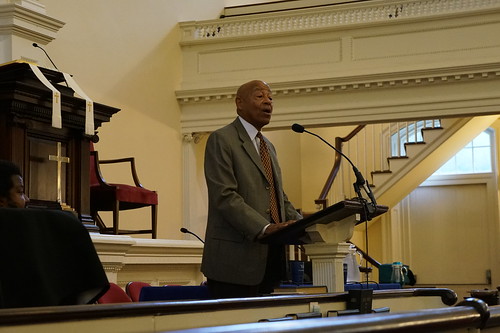 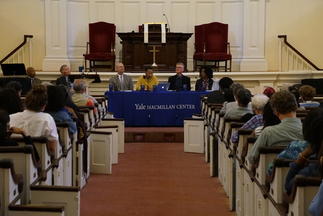