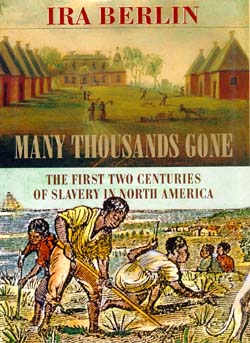 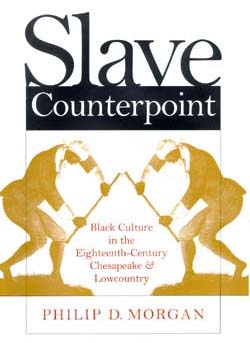 NEW HAVEN—A new, annual $25,000 prize for the most outstanding book published on the subject of slavery, resistance, and/or abolition, was awarded for the first time. The prize will be shared by Ira Berlin, author of Many Thousands Gone: The First Two Centuries of Slavery, and Philip D. Morgan, author of Slave Counterpoint: Black Culture in the Eighteenth-Century Chesapeake and Lowcountry. The prize is the most generous in the field.

Yale University’s Gilder Lehrman Center for the Study of Slavery, Resistance, and Abolition, the institution that administers the Frederick Douglass Book Prize, today issued a call for submissions for next year’s prize, to be awarded for the best book published in 1999. The GLC, part of the MacMillan Center for International and Area Studies, welcomes works on Latin American, European and Asian subjects, in addition to those relating to Africa and North America.

The first annual prize was to be presented to Berlin and Morgan a dinner hosted by Gilder Lehrman Center benefactors Richard Gilder and Lewis Lehrman at the Yale Club of New York on September 16, but the event was postponed due to Hurricane Floyd. It was rescheduled for the winter.

Yale’s President, Richard C. Levin, remarked, “The Frederick Douglass prize, by rewarding scholars whose distinguished work makes a contribution to the history of slavery and abolition, is one more way in which the Gilder Lehrman Center promotes understanding of a subject matter critical to the United States and to the entire human community. Yale is lucky to have a Center which exemplifies the best of what the University wishes to stand for, and which honors that in others.”

The two winning books “demonstrate a new maturity in the study of slavery,” according to the Gilder Lehrman Center’s director, David Brion Davis, a professor of history at Yale and himself one of the top scholars in the field. “Both of these monumental studies describe slavery before the 19th century-a critical period largely ignored until recent years. These books flesh out the long and important history of slavery in America before the creation of the United States, and help to lay to rest the myth that slavery was not an essential factor in our nation’s development.”

The Douglass Prize jurors—University of Houston historian Steven Mintz, James Horton of The George Washington University, Lois Horton of George Mason University, and Peter Kolchin of the University of Delaware—were “astonished both by the number of submissions and by their quality,” according to Davis. In addition to the two prizewinners, four other authors received cash awards as runners-up: Julie Roy Jeffrey, for The Great Silent Army of Abolitionism: Ordinary Women in the Antislavery Movement; Robert Olwell, for Masters, Slaves and Subjects: The Culture of Power in the South Carolina Low Country, 1740-1790, and Amy Dru Stanley for From Bondage to Contract: Wage Labor, Marriage, and the Market in the Age of Slave Emancipation, and Shane White and Graham White, Stylin’: African American Expressive Culture from its Beginnings to the Zoot Suit. Any of these books could have qualified for the grand prize, Davis said, if they had not appeared in the same year as the towering studies of Morgan and Berlin.

The Douglass Prize jury considered more than 80 entries published in 1998 whose topics range from slavery in colonial South Carolina to child slavery in modern South Asia. This represents an all-time high in a field whose numbers have been increasing steadily for several years. The impetus of the Douglass Prize is sure to focus additional scholarly interest and public attention on the study of slavery and antislavery. As Richard Gilder (Yale ‘54) observes, “Slavery is near the core of American history — try to imagine the course of U.S. history without it. Much is known about slavery, but little is taught. We are determined to open up the subject for students, historians, and members of the public to understand.”

The award is named for Frederick Douglass (1818-1895), who escaped enslavement to become one of the nation’s greatest abolitionists, orators, and reformers. A cast bronze medallion with Douglass’ image accompanies the cash prize.

The Gilder Lehrman Center for the Study of Slavery, Resistance, and Abolition was launched at Yale in November 1998 through a generous donation by the Gilder Lehrman Institute for American History. Its mission is to promote the study of all aspects of the Atlantic slave system, including African and African American resistance to enslavement, abolitionist movements, and the ways in which chattel slavery finally became outlawed. In addition to encouraging the highest standards of new scholarship, the Center is dedicated to the dissemination of knowledge through publications, conferences, educational outreach, and other activities. The GLC will host its second international conference, “The Arming of Slaves from Roman Times to the Civil War,” in New Haven , Connecticut on November 16-19, 2000.