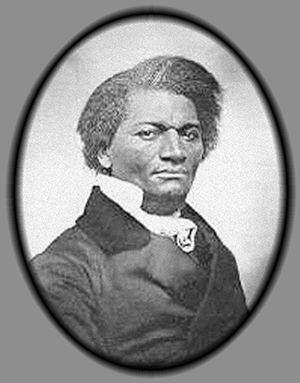 The finalists are: Aisha K. Finch for “Rethinking Slave Rebellion in Cuba: La Escalera and the Insurgencies of 1841-1844” (University of North Carolina Press); Jeff Forret for “Slave Against Slave: Plantation Violence in the Old South” (LSU Press); and Matthew S. Hopper for “Slaves of One Master: Globalization and Slavery in Arabia in the Age of Empire” (Yale University Press).

The winner will be announced following the Douglass Prize Review Committee meeting in the fall, and the award will be presented at a celebration in New York City in February 2017.

A jury of scholars that included Jim Downs (Chair), of Connecticut College, Mariana Candido, of the University of Notre Dame, and Annette Gordon-Reed, of Harvard University selected this year’s finalists from a field of more than 60 entries.

In her incisively argued study, “Rethinking Slave Rebellion in Cuba: La Escalera and the Insurgencies of 1841-1844,” Aisha K. Finch not only uncovers a lost history of rural black political struggle in Cuba in the 1840s but also offers a brilliant account of how to study slave rebellions beyond 1840s Cuba. The book is an intellectually rigorous analysis that explains how gender, mobility, and social geography contributed to the formation of a black political consciousness, which led to resistance.

Jeff Forret challenges the prevailing concept of the antebellum slave community in the U.S. South as harmonious. In “Slave Against Slave: Plantation Violence in the Old South,” Forret uncovers evidence of the violence that existed within slave communities and the efforts by enslaved people, slaveholders, and governmental authorities to restrict this behavior. “Slave Against Slave” is a daring, disconcerting interpretation that challenges basic assumptions about the institution of slavery.

Matthew S. Hopper powerfully redirects the history of slavery to the Indian Ocean in “Slaves of One Master: Globalization and Slavery in Arabia in the Age of Empire.” Challenging the argument that Great Britain ended slavery in East Africa by the mid-19thcentury, Hopper finds evidence of how the slave trade from East Africa to Arabia continued to the turn of the 20th century. Drawing on sources in Swahili and Arabic, and research in Zanzibar, London, Oman, United Arab Emirates, Bahrain, and Qatar, “Slaves of One Master” is a sterling achievement of historical methodology and an exemplary model on how to write a global history of slavery.

The award is named for Frederick Douglass (1818–1895), the one-time slave who escaped bondage to emerge as one of the great American abolitionists, reformers, writers, and orators of the 19th century.

The Gilder Lehrman Center for the Study of Slavery, Resistance, and Abolition, a part of The Whitney and Betty MacMillan Center for International and Area Studies at Yale, was launched in November 1998 through a generous donation by philanthropists Richard Gilder and Lewis Lehrman and the Gilder Lehrman Institute of American History. Its mission is to advance the study of all aspects of slavery and its destruction across all borders and time. The Center seeks to foster an improved understanding of the role of slavery, slave resistance, abolition, and their legacies in the founding of the modern world by promoting interaction and exchange between scholars, teachers, and public historians through publications, educational outreach, and other programs and events. For further information on events and programming, visit glc.yale.edu or contact the Center by phone at (203) 432-3339 or e-mail gilder.lehrman.center@yale.edu.

Founded in 1994 by Richard Gilder and Lewis E. Lehrman, the Gilder Lehrman Institute of American History is a nonprofit organization devoted to the improvement of history education. The Institute has developed an array of programs for schools, teachers, and students that now operate in all 50 states, including an Affiliate School program with more than 9,000 participating schools, a website that draws 7 million unique visits annually, and the groundbreaking AP US History Study Guide. The Institute’s programs have been recognized by awards from the White House, the National Endowment for the Humanities, and the Organization of American Historians. For further information, visit gilderlehrman.org or call (646) 366-9666.