Lincoln Would Not Recognize His Own Party by David W. Blight 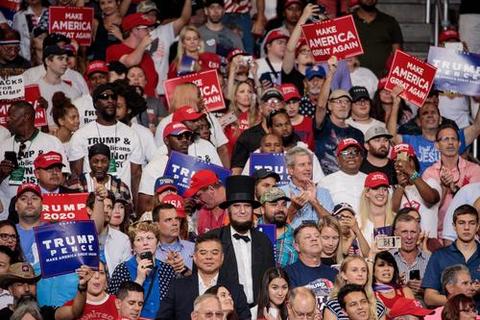 In 2012, I took part in the Congressional Civil Rights Pilgrimage, an annual trip to Alabama led by Representative John Lewis. On a Sunday afternoon I walked across the Edmund Pettus Bridge in Selma next to Kevin McCarthy, now the Republican House minority leader, his wife and children at his side.

At the time, Representative McCarthy seemed to embrace the nature and purpose of this excursion to the sites of some of the transformative events of the civil rights struggle. I saw him smiling, even singing along with the ever-present freedom songs that animated that amazing experience.

Today, that memory makes me wonder: What does Mr. McCarthy — or any Republican, for that matter — tell his children about his place in a party that continues to sink deeper into the grips of Donald Trump and his personal brand of racial divisiveness?

Last week a reporter asked Mr. McCarthy if the president was a racist, following his derogatory comments about four Democratic congresswomen. Mr. McCarthy not only vehemently denied the charge, he also insisted that the furor over the president’s remarks was not a problem for Republicans, because it was the “Party of Lincoln.”