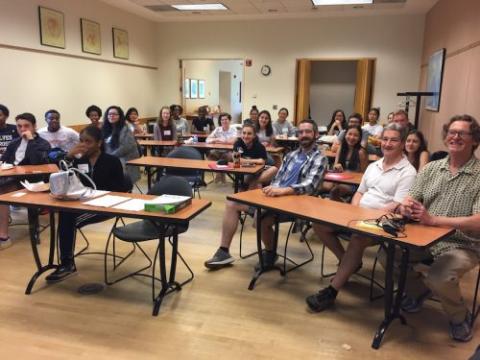 The Gilder Lehrman Center (GLC) for the Study of Slavery, Resistance, and Abolition at the MacMillan Center is hosting its fourth “Exploring Justice” program for high school students from New Haven and Woodbridge this week (June 19-22). There are more than 35 students who are participating in it. A few of the activities they are doing include watching a screening of the film Questions of Justice: Officers of Color in the Era of #BlackLivesMatter by Yale students Aaron Peirano Garrison and Clark Burnett, followed by a panel discussion led by Sgt. Shayna Kendell, NHPD, and attending a mock trial on the issue of “Immigration and Justice,” held at the New Haven Superior Court that will focus on a hypothetical DACA deportation hearing.