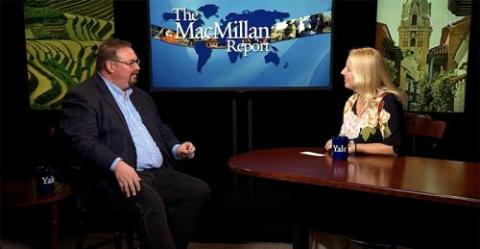 Ambassador Luis C.deBaca (ret.) is an American lawyer and diplomat who served in the Obama Administration as Ambassador-at-Large to Monitor and Combat Trafficking in Persons. He is at Yale as the Robina Fellow in Modern Slavery at the Gilder Lehrman Center for the Study of Slavery, Resistance, and Abolition at the MacMillan Center. As one of the United States’ most decorated federal prosecutors, Ambassador C.deBaca investigated and prosecuted crimes of human trafficking, immigration, hate crimes, money laundering, and official misconduct. He updated the post-Civil War statutes and the 13th Amendment to develop the “victim centered approach” to modern slavery, which has become the global standard for combating human trafficking through the Trafficking in Persons Protocol to the United Nations’ Organized Crime Convention.

The MacMillan Report is an online interview show featuring the research of faculty in international and area studies.