The Origins of Racism in the West

Part of the Racism, Xenophobia, and Slavery before the Modern Era Lecture Series. A member of the Israel Academy of Sciences and Humanities and recipient of the Israel Prize for 2008, Benjamin Isaac is a historian of Hellenistic, Roman, and Early Byzantine history who specializes in social and political history. His current research focuses on racism in Greco-Roman Antiquity. His last book, The Invention of Racism in Classical Antiquity (Princeton Univ. Press, 2004), has already become a classic. It has challenged the definition of racism in view of Greco-Roman cultural discourse and has revealed the roots and origins of modern racism. Prof. Isaac is also the author of The Limits of Empire: The Roman Army in the East (1990) and The Greek Settlements in Thrace until the Macedonian Conquest (1986). 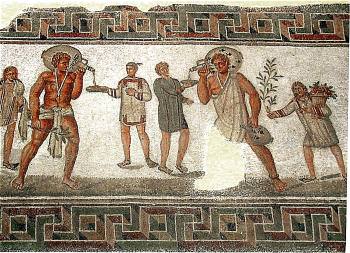