GLC Brown Bag: “The Situation is Critical”: Race and Statecraft in the Cultural Borderlands of the 1893 Columbian World’s Fair 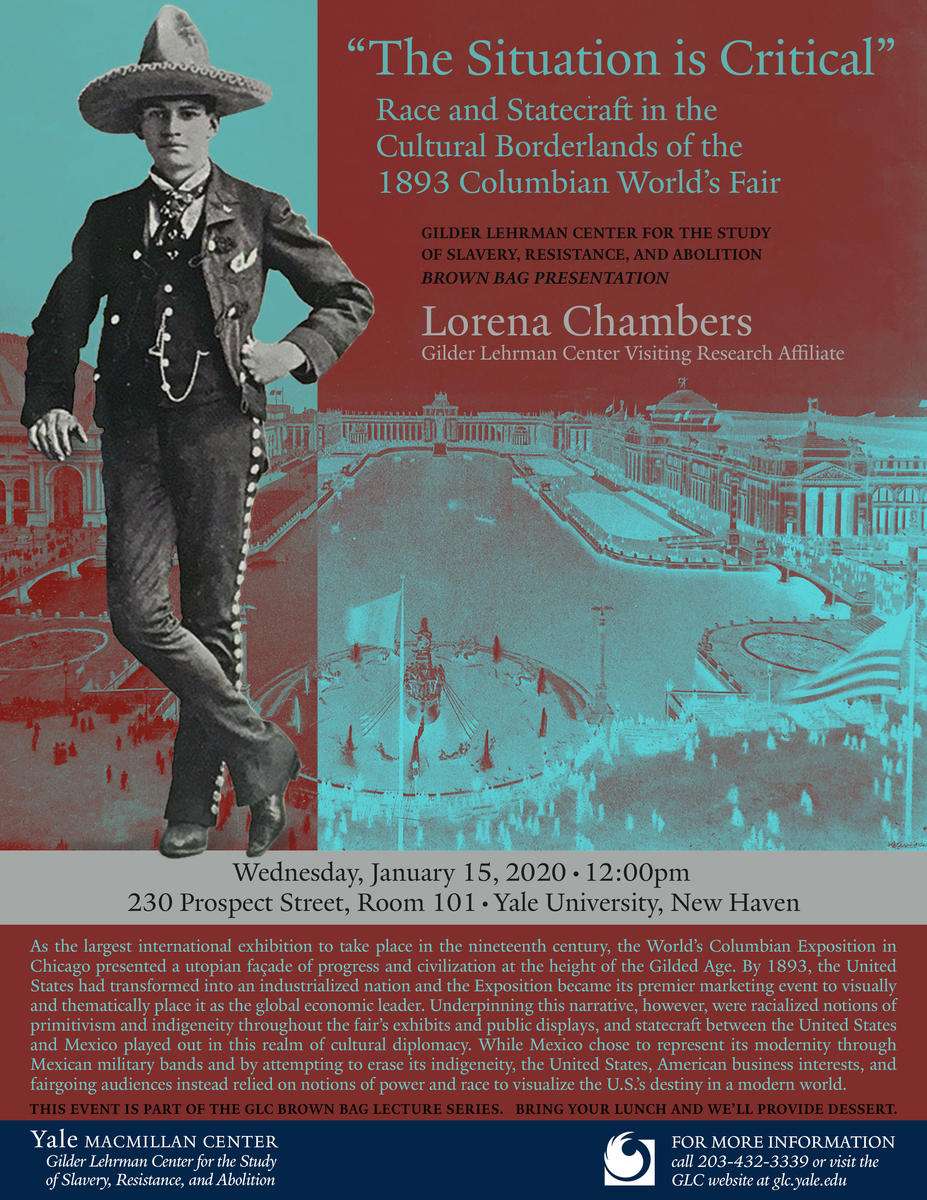 As the largest international exhibition to take place in the nineteenth century, the World’s Columbian Exposition in Chicago presented a utopian façade of progress and civilization at the height of the Gilded Age. By 1893, the United States had transformed into an industrialized nation and the Exposition became its premier marketing event to visually and thematically place it as the global economic leader. Underpinning this narrative, however, were racialized notions of primitivism and indigeneity throughout the fair’s exhibits and public displays, and statecraft between the United States and Mexico played out in this realm of cultural diplomacy. While Mexico chose to represent its modernity through Mexican military bands and by attempting to erase its indigeneity, the United States, American business interests, and fairgoing audiences instead relied on notions of power and race to visualize the U.S.’s destiny in a modern world.

THIS EVENT IS PART OF THE GLC BROWN BAG LECTURE SERIES. BRING YOUR LUNCH AND WE’LL PROVIDE DESSERT.