Featuring author Jeffrey Kerr-Ritchie
Professor of History, Howard University
Wednesday, November 20, 2019, 4:00pm
William L. Harkness Hall, Room 207, 100 Wall Street, New Haven, CT
Free and open to the public
Sponsored by the Department of History, Yale University
Book description
In late October 1841, the Creole left Richmond with 137 slaves bound for New Orleans. It arrived five weeks later minus the Captain, one passenger, and most of the captives. Nineteen rebels had seized the US slave ship en route and steered it to the British Bahamas where the slaves gained their liberty. Drawing upon a sweeping array of previously unexamined state, federal, and British colonial sources, Rebellious Passage examines the neglected maritime dimensions of the extensive US slave trade and slave revolt. The focus on south-to-south self-emancipators at sea differs from the familiar narrative of south-to-north fugitive slaves over land. Moreover, a broader hemispheric framework of clashing slavery and antislavery empires replaces an emphasis on US antebellum sectional rivalry. Written with verve and commitment, Rebellious Passage chronicles the first comprehensive history of the ship revolt, its consequences, and its relevance to global modern slavery.
Reviews
‘We have waited almost two centuries for the full, gripping story of Madison Washington and his fellow mutineers aboard the Creole. Here at long last comes Jeffrey R. Kerr-Ritchie to narrate their magnificent tale with acuity and power. This is inspirational ‘history from below’ at its best.’ Marcus Rediker - author of The Amistad Rebellion
‘Rebellious Passage provides a comprehensive account of the most successful slave revolt in the history of the United States. At the same time, through a detailed analysis of the domestic slave trade along the southern Atlantic and Gulf Coasts, it offers a maritime history of the antebellum era from a truly transnational and transatlantic perspective.’
Matthew J. Clavin - author of Aiming for Pensacola: Fugitive Slaves on the Atlantic and Southern Frontiers 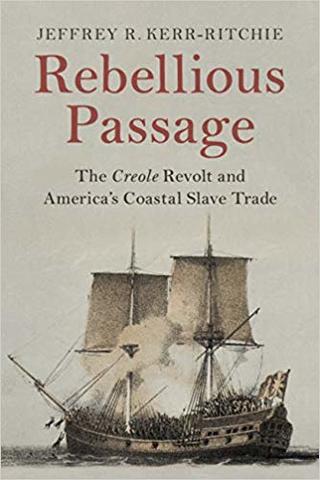