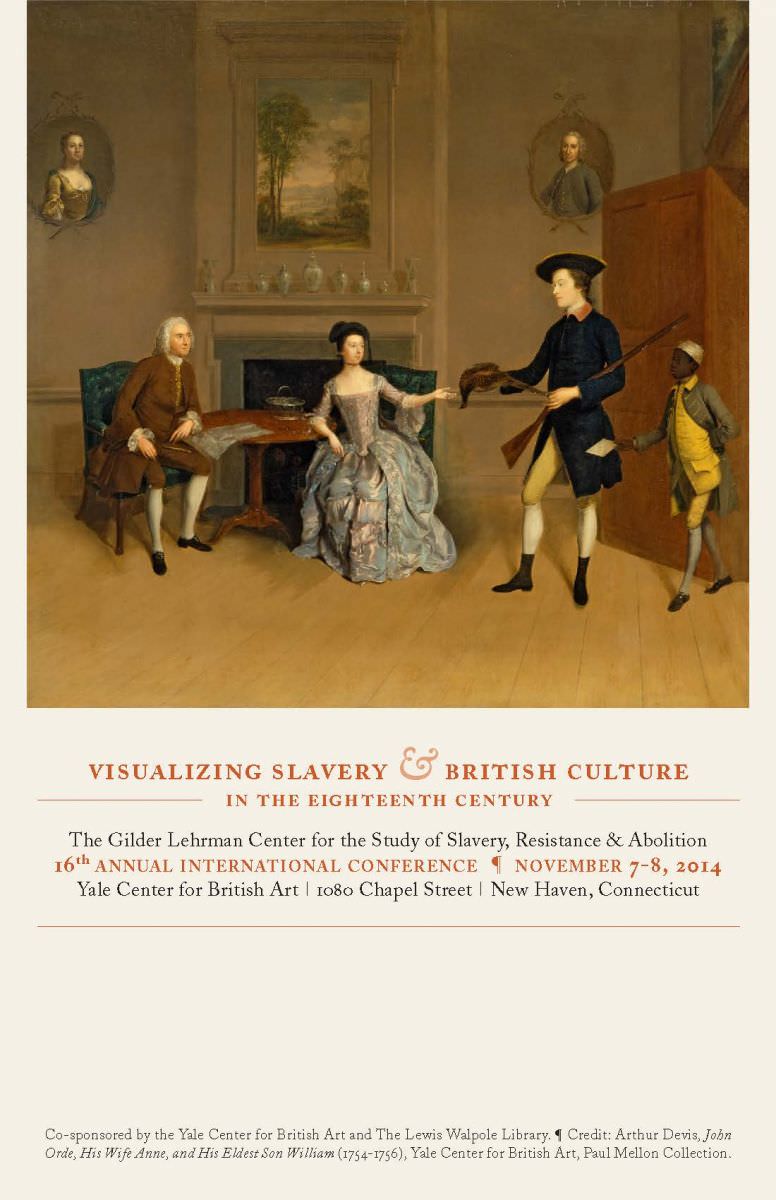 This two-day international conference  will coincide with the Yale Center for British Art’s exhibition Figures of Empire: Slavery and Portraiture in Eighteenth-Century Atlantic Britain, which explores the multiple and complex relationships between slavery and portraiture in eighteenth-century Britain as represented in the collections of the Center and other Yale institutions. Using a cross disciplinary approach, the conference will help place the works in the exhibition in a historical context—Britain and its empire from roughly the 1720s to the early 1800s—and explore the impact of slavery on British art and culture. The conference intends to build on the growing field of work exploring the relationships between slavery, art, taste, and power, as well as to raise questions about how art, artists, and cultural institutions reckon with slavery’s legacies.