What did Freedom Mean? 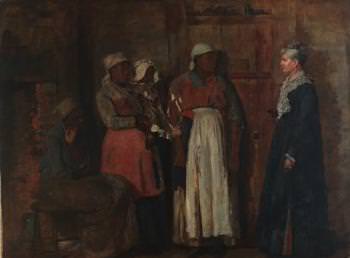 Most Americans think there were two conditions during slavery’s tenure, enslaved or free. The truth, as is often the case with issues of slavery, is much more complicated. In the North, as states began to pass legislation ending slavery, there were often long periods of transition when some would be freed and others had to endure their lot for a specified period of time. Connecticut and Rhode Island passed post nati acts in 1784 that required children born to enslaved women after that date to remain slaves for some period after they became adults to reimburse their mothers’ owners costs. New Jersey passed a similar bill in 1804, then abolished slavery in 1846 but created a category of “perpetual apprenticeship.”

Why did the founders place such a premium on “freedom” as an ideal? Surely part of the explanation is that they saw actual bondage around them all of the time. Because freedom’s definition has been an evolving concept for so long and plays such an important role in current civic debates, it is important that students investigate the contested nature of “freedom” to the enslaved.

To prepare students for this section, you may want to review some of the work by Eric Foner on the evolving definitions and implied meanings of “freedom.”  A good introduction is his The Contested History of American Freedom, on Preserving American Freedom, a digital history project created by the Historical Society of Pennsylvania

You should also be prepared for questions about why more slaves did not present legal cases or petitions that would lead to their freedom. Students will often mistake the experiences of one successful effort at self-emancipation to mean that all other slaves simply lacked the will or intellect to change their status.

Some possible compelling and guiding questions include: