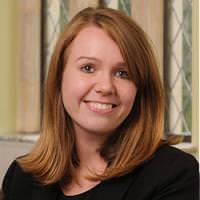 Samantha Seeley joins Thomas Thurston on this episode of Slavery and Its Legacies to discuss her book-in-progress, “Race, Removal, and the Right to Remain in the Early American Republic.”

Samantha Seeley, an assistant professor of history at University of Richmond, completed her bachelor’s degree at Brown University and holds a Ph.D. in early American history from New York University. Dr. Seeley is currently working on her book “Race and Removal in the Early American Republic,” which will examine overlapping forced migrations of free people across the Mid-Atlantic, Upper South and Ohio Valley in the half-century after the American Revolution. She has received two awards to support research for her book. This fall, Seeley will be supported by a five-month Lloyd Lewis Fellowship in history from the Newberry Library in Chicago. Next spring Seeley will receive support from a four-month fellowship from the Gilder Lehrman Center for the Study of Slavery, Resistance and Abolition at Yale University.

Dr. Seeley is the author of “Beyond the American Colonization Society” in History Compass (March 2016), and co-edited “The Question of Recovery: Slavery, Freedom and the Archive,” in Social Text (December 2015). Seeley has taught at the University of Richmond since 2014. She completed her bachelor’s degree at Brown University and holds a Ph.D. in early American history from New York University.