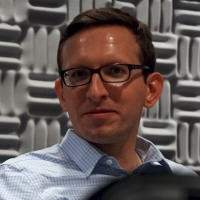 Nicholas Wood joins Thomas Thurston on this episode of Slavery and Its Legacies to discuss his book-in-progress, “Before Garrison: Antislavery & Politics in the New Nation.”

Nic Wood is an assistant professor of early American history at Spring Hill College.  His scholarly interests center around the issues of slavery, abolitionism, race, and politics in the eighteenth and nineteenth centuries. Wood received his BA at Rutgers University – New Brunswick, his MA at Rutgers University – Camden, and his PhD from the University of Virginia.  His research has been supported by a Cassius Marcellus Clay postdoctoral fellowship at Yale University, a National Endowment for the Humanities postdoctoral fellowship at the Library Company of Philadelphia and a dissertation fellowship at the University of Pennsylvania’s McNeil Center for Early American studies.

Wood is completing a book manuscript, “Before Garrison: Antislavery & Politics in the New Nation,” which is under contract with the University of Pennsylvania Press.  Challenging the common assumptions that after the Revolution most contemporaries initially believed slavery would “wither away” once slave importations ceased and that organized abolitionism did not become politically significant until the rise of William Lloyd Garrison and “immediatist” abolitionism in the 1830s, “Before Garrison” argues that American abolitionists pursued a coherent national agenda beginning in the 1780s, worked closely with black activists, and exerted considerable political influence.