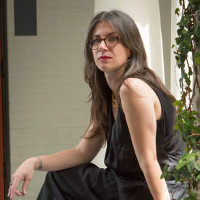 Jessica R. Pliley and Zoe Trodd, of the Gilder Lehrman Center’s Modern Slavery Working Group join Tom Thurston on this episode of Slavery and Its Legacies.

Jessica R. Pliley is an Associate Professor of the History of Women, Genders, and Sexualities at Texas State University and the Book Review Editor of the Journal of Women’s History. She holds a Ph.D. from the Ohio State University. She is the author of Policing Sexuality: The Mann Act and the Making of the FBI (Harvard, 2014) and Global Anti-Vice Activism (Cambridge, 2016).  She is the co-director of Yale University’s Working Group on Modern-Day Slavery and Trafficking at the Gilder Lehrman Center for the Study of Slavery, Resistance, and Abolition. Dr. Pliley is a Fulbright specialist and serves on the advisory board of the UK’s Arts and Humanities Research Council funded project Trafficking, Smuggling and Illicit Migration in Gendered and Historical Perspective, c. 1870 – 2000.  Her current research explores the long history of anti-trafficking movement from the late nineteenth century to the early twenty-first century. 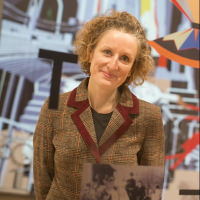 She is a member of the AHRC’s Peer Review College and its GCRF Strategic Advisory Group; a member of the board of Historians Against Slavery; and a Newnham College (University of Cambridge) Associate. She edits a book series for Cambridge University Press called Slaveries Since Emancipation and teaches a massive open online course (MOOC) called Ending Slavery.