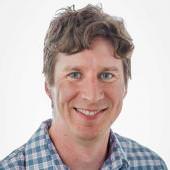 Brad Proctor joins Thomas Thurston on this episode of Slavery and Its Legacies to discuss the Ku Klux Klan and Political Violence during Reconstruction.

Brad Proctor, an assistant professor at Evergreen State College, received his MA and PhD in American History from the University of North Carolina at Chapel Hill. He was recently the Cassius M. Clay Postdoctoral Fellow at Yale University. Brad’s dissertation focuses on Ku Klux Klan violence in the Carolinas during Reconstruction; he also researches and writes on interracial marriage and Black militias from the Civil War era through Reconstruction.